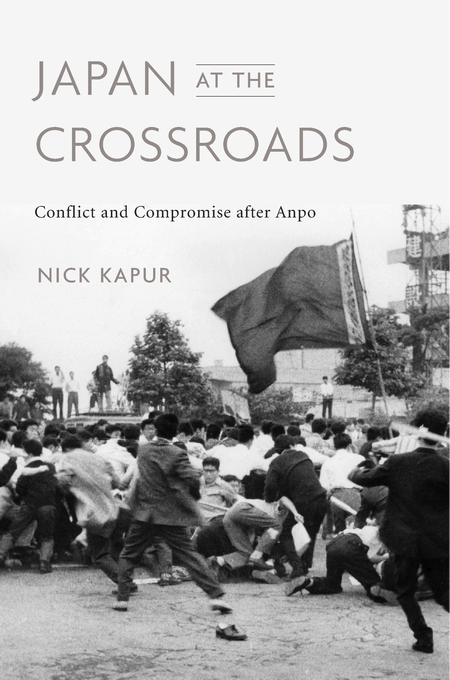 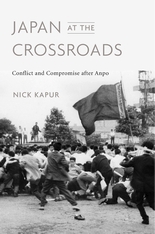 Japan at the Crossroads

Conflict and Compromise after Anpo

In spring of 1960, Japan’s government passed Anpo, a revision of the postwar treaty that allows the United States to maintain a military presence in Japan. This move triggered the largest popular backlash in the nation’s modern history. These protests, Nick Kapur argues in Japan at the Crossroads, changed the evolution of Japan’s politics and culture, along with its global role.

The yearlong protests of 1960 reached a climax in June, when thousands of activists stormed Japan’s National Legislature, precipitating a battle with police and yakuza thugs. Hundreds were injured and a young woman was killed. With the nation’s cohesion at stake, the Japanese government acted quickly to quell tensions and limit the recurrence of violent demonstrations. A visit by President Eisenhower was canceled and the Japanese prime minister resigned. But the rupture had long-lasting consequences that went far beyond politics and diplomacy. Kapur traces the currents of reaction and revolution that propelled Japanese democracy, labor relations, social movements, the arts, and literature in complex, often contradictory directions. His analysis helps resolve Japan’s essential paradox as a nation that is both innovative and regressive, flexible and resistant, wildly imaginative yet simultaneously wedded to tradition.

As Kapur makes clear, the rest of the world cannot understand contemporary Japan and the distinct impression it has made on global politics, economics, and culture without appreciating the critical role of the “revolutionless” revolution of 1960—turbulent events that released long-buried liberal tensions while bolstering Japan’s conservative status quo.