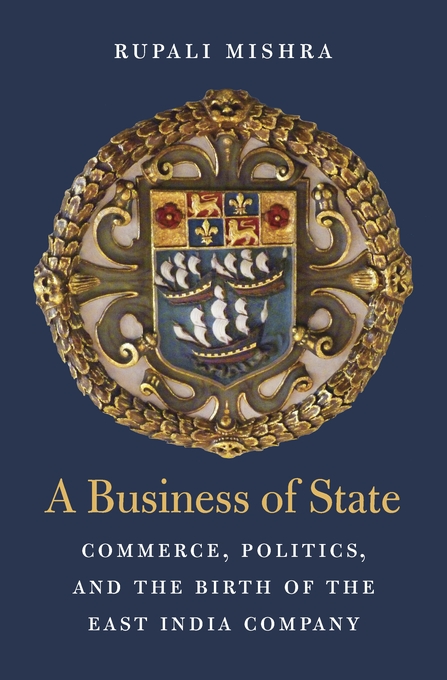 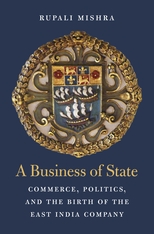 A Business of State

Commerce, Politics, and the Birth of the East India Company

At the height of its power around 1800, the English East India Company controlled half of the world’s trade and deployed a vast network of political influencers at home and abroad. Yet the story of the Company’s beginnings in the early seventeenth century has remained largely untold. Rupali Mishra’s account of the East India Company’s formative years sheds new light on one of the most powerful corporations in the history of the world.

From its birth in 1600, the East India Company lay at the heart of English political and economic life. The Company’s fortunes were determined by the leading figures of the Stuart era, from the monarch and his privy counselors to an extended cast of eminent courtiers and powerful merchants. Drawing on a host of overlooked and underutilized sources, Mishra reconstructs the inner life of the Company, laying bare the era’s fierce struggles to define the difference between public and private interests and the use and abuse of power. Unlike traditional accounts, which portray the Company as a private entity that came to assume the powers of a state, Mishra’s history makes clear that, from its inception, the East India Company was embedded within—and inseparable from—the state.

A Business of State illuminates how the East India Company quickly came to inhabit such a unique role in England’s commercial and political ambitions. It also offers critical insights into the rise of the early modern English state and the expansion and development of its nascent empire.