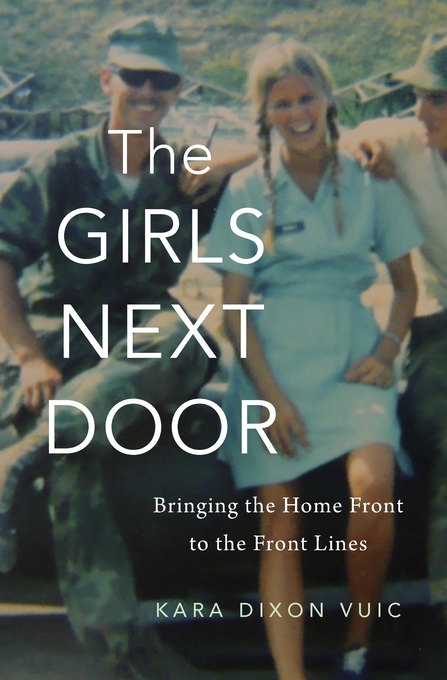 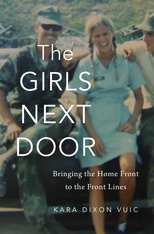 The Girls Next Door

Bringing the Home Front to the Front Lines

The story of the intrepid young women who volunteered to help and entertain American servicemen fighting overseas, from World War I through the wars in Afghanistan and Iraq.

The emotional toll of war can be as debilitating to soldiers as hunger, disease, and injury. Beginning in World War I, in an effort to boost soldiers’ morale and remind them of the stakes of victory, the American military formalized a recreation program that sent respectable young women and famous entertainers overseas.

Kara Dixon Vuic builds her narrative around the young women from across the United States, many of whom had never traveled far from home, who volunteered to serve in one of the nation’s most brutal work environments. From the “Lassies” in France and mini-skirted coeds in Vietnam to Marlene Dietrich and Marilyn Monroe, Vuic provides a fascinating glimpse into wartime gender roles and the tensions that continue to complicate American women’s involvement in the military arena. The recreation-program volunteers heightened the passions of troops but also domesticated everyday life on the bases. Their presence mobilized support for the war back home, while exporting American culture abroad. Carefully recruited and selected as symbols of conventional femininity, these adventurous young women saw in the theater of war a bridge between public service and private ambition.

This story of the women who talked and listened, danced and sang, adds an intimate chapter to the history of war and its ties to life in peacetime.