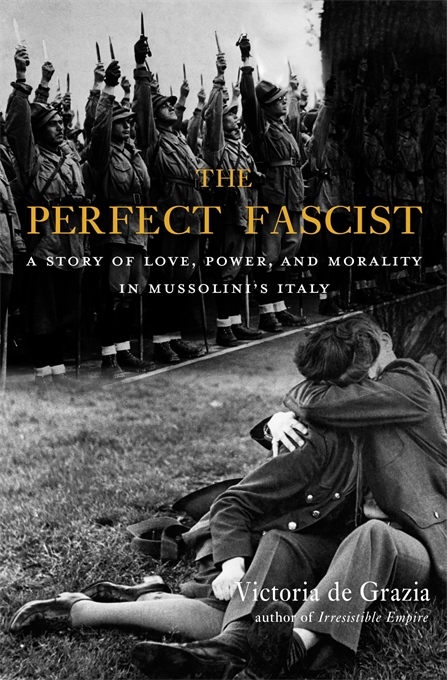 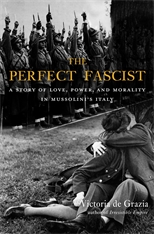 “[A] fascinating book on the Fascist years, and particularly its social mores… Teruzzi was indeed the perfect Fascist: disciplined, unscrupulous, brutish, fanatically loyal to Mussolini… The brilliance of de Grazia’s book lies in the way that she has made a page-turner of Teruzzi’s chaotic life, while providing a scholarly and engrossing portrait of the two decades of Fascist rule.”—Caroline Moorhead, Wall Street Journal

“[A] captivating investigation into the trials and tribulations of Attilio Teruzzi—one of Benito Mussolini’s most trusted high-ranking officials… A work of serious historical research by one of the great historians of Italian history… Not unlike the popular thrillers on Netflix in its suspense and surprises, but this story is told with a scholar’s eye in reading, analyzing, and interpreting archival documents, and a historian’s experience in placing it all within the context of Mussolini’s Italy.”—Aliza Wong, Los Angeles Review of Books

“On the question of contemporary fascism, and the debate between those who see in Trump & Co its resurgence and those who do not, few writers have matched Victoria de Grazia for coolness of observation and depth of insight… A singular work that chronicles the life of Attilio Teruzzi, an army officer who became commander of the Blackshirts under Il Duce. Through the story of Teruzzi’s marriage to Lilliana Weinman, an American-Jewish opera singer, de Grazia has produced a masterwork on the nature of fascist politics and culture.”—Gavin Jacobson, New Statesman

“The book’s appeal goes well beyond its diligent scrutiny of life under Fascism… There is the perverse pleasure of checking off its foreshadowing of our own recent moment: the sleaze, the incompetence, the militias, the cynical embrace of religion, the gilded son-in-law… And there is the elemental satisfaction of the story itself, which progresses like a classic war novel, private passions unfolding against a backdrop of steadily escalating public strife, in settings ranging from New York to Addis Ababa, boudoirs to battlefields, silk-lined music rooms to colonial churches palisaded by shards of exploded poison gas canisters.”—James Lasdun, London Review of Books

“[A] pioneering work… It examines the hypocrisies of totalitarian leaders and the contradictions inherent in the regimes they build… One of the lessons of De Grazia’s epic microhistory is that to truly understand dictatorships, we need to understand the aspirations, behaviors, and vanities of those just beneath the leaders in the hierarchy and the role they play in advancing the goals of the totalitarian state.”—Amy King, H-Net Reviews

“As solid an explanation as any work I have read about the lure of Fascism in a stressed society, the type of people most subject to that lure, and how a totalitarian regime takes hold in a nation… Definitely a biography for our times. It helps us understand how and why business and religious leaders, and other elite sectors in Italy, embraced Fascism, and appeared to do so out of an inordinate fear of anything approaching ‘socialism.’”—Mitchell J. Freedman, San Diego Jewish World

“This dive into the first half of the last century purifies us of many ills—including the idea of a ‘fascist temperament’ or ‘authoritarian personality.’ De Grazia sets out to show how ‘fascists are made, not born’: how the ‘decent man’ she takes as her subject wound up leading gangs of thugs and collaborating with the SS… The story De Grazia tells us is emblematic of a certain age, although its plot couldn’t have been dreamed up even by Hollywood’s most twisted screenwriters.”—Marco D’Eramo, Sidecar

“Offers uncommonly remarkable insights into Fascism, Mussolini and his regime, and culture and society more generally.”—Choice

“A fascinating exploration of Italian fascism through the career and intimate relationships of Attilio Teruzzi (1882–1950), one of Benito Mussolini’s closest allies… Offers both incisive scholarship and juicy biographical details.”—Publishers Weekly

“With lyrical precision, Victoria de Grazia’s The Perfect Fascist reveals how ideology corrupts the truth, how untrammeled ambition destroys the soul, and how the vanity of white male supremacy distorts emotion, making even love a matter of state. Mussolini’s concept of a virile, nationalist, all-conquering New Man continues to hold a terrifying grip over political and personal thought today, just as it did for Attilio Teruzzi nearly a century ago. De Grazia sheds welcome light on the mystery of why some women, who practically always lose out, also sign up.”—Sonia Purnell, author of A Woman of No Importance

“This is a perfect book! Original, thoughtful, and timely, The Perfect Fascist beautifully exposes the homogeneity of fascist aspirations and reveals the personal conflicts and paradoxes these aspirations bring with them, including for fascists themselves. Its two entwined narratives—one political and public, the other personal and private—perfectly complement one another and help us understand why the personal is political for those who insist on reshaping people and society.”—Azar Nafisi, author of Reading Lolita in Tehran

“The Perfect Fascist is an original and important book. It tells a dramatic story, based on rich documentation, and delivers a probing analysis of the fascist ‘strong man.’ De Grazia’s attention to Teruzzi’s private life, his behavior as suitor and husband, deepens and enriches our understanding of the nature of leadership in Mussolini’s regime and of masculinity, virility, and honor in Italian fascist culture.”—Robert O. Paxton, author of The Anatomy of Fascism

“As Fellini did in film, The Perfect Fascist takes us into the dark and complicated heart of Italian fascism. With the expertise of the distinguished historian that she is and the sensibility and writing skills of a novelist, Victoria de Grazia tells of the Italian war hero turned fervent supporter of Mussolini and his glamorous Jewish opera star wife from New York whom he adored and then renounced. It is an extraordinary story that illuminates the ways in which the all-consuming nature of fascism distorted Italian society and destroyed the lives of individuals. I could not put it down.”—Margaret MacMillan, author of Paris 1919