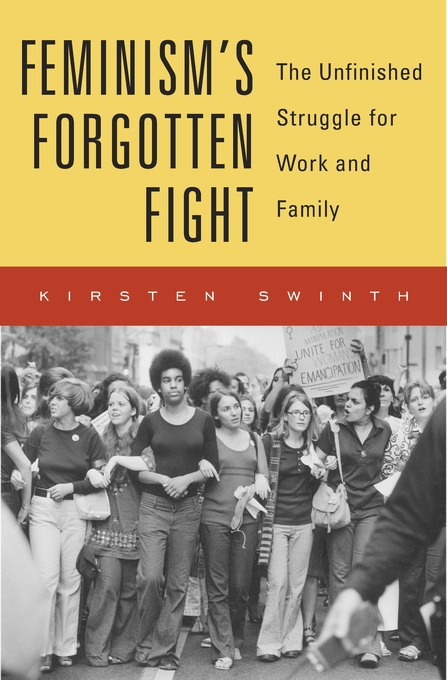 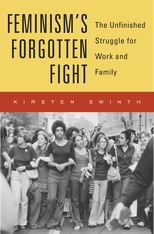 The Unfinished Struggle for Work and Family

A spirited defense of feminism, arguing that the lack of support for working mothers is less a failure of second-wave feminism than a rejection by reactionaries of the sweeping changes they campaigned for.

When people discuss feminism, they often lament its failure to deliver on the promise that women can “have it all.” But as Kirsten Swinth argues in this provocative book, it is not feminism that has betrayed women, but a society that balked at making the far-reaching changes for which activists fought. Feminism’s Forgotten Fight resurrects the comprehensive vision of feminism’s second wave at a time when its principles are under renewed attack.

Through compelling stories of local and national activism and crucial legislative and judicial battles, Swinth’s history spotlights concerns not commonly associated with the movement of the 1960s and 1970s. We see liberals and radicals, white women and women of color, rethinking gender roles and redistributing housework. They brought men into the fold, and together demanded bold policy changes to ensure job protection for pregnant women and federal support for child care. Many of the creative proposals they devised to reshape the workplace and rework government policy—such as guaranteed incomes for mothers and flex time—now seem prescient.

Swinth definitively dispels the notion that second-wave feminists pushed women into the workplace without offering solutions to issues they faced at home. Feminism’s Forgotten Fight examines activists’ campaigns for work and family in depth, and helps us see how feminism’s opponents—not feminists themselves—blocked the movement’s aspirations. Her insights offer key lessons for women’s ongoing struggle to achieve equality at home and work.