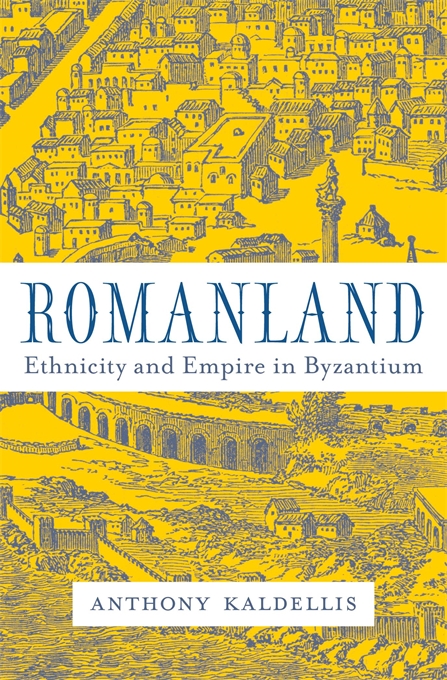 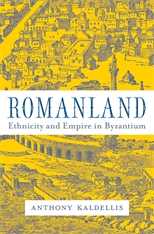 Ethnicity and Empire in Byzantium

“Fascinating… Kaldellis’s scholarship is always learned, but also fiercely iconoclastic, tearing down orthodoxies that have stood for centuries… [An] innovative and eye-opening book by one of the most important Byzantinists working today.”—Thomas F. Madden, New Criterion

“Romanland is brilliant. With great lucidity, Anthony Kaldellis challenges us to set aside an immense tradition of misdirection. He excavates the conceits by which the West created ‘Byzantium’—and itself—and then demolishes them. Only then do we see what was in fact there all along: a community of Romans, and a polity of remarkable creativity and endurance. This is tremendous scholarship.”—Clifford Ando, author of Roman Social Imaginaries

“Ethnicity in the later Roman empire has been highly contested and immensely controversial, from medieval times to the present. Like a Hercules cleaning the Augean stables, Kaldellis is purging the field of the nationalistic contentions and prejudices that have beset scholarship, starting with the artificial name ‘Byzantium.’ This blockbuster of a book performs for ‘Byzantine’ Studies the service that Edward Said’s Orientalism did for Arabic and Islamic Studies. Romanland offers a clean slate for serious and sophisticated study, with love and empathy, of the history of these societies.”—Dimitri Gutas, author of Greek Thought, Arabic Culture

“In his most persuasive work to date, Kaldellis calls an astonishing number of medieval witnesses to testify that they were Romans, rather than the ‘Byzantines’ scholars have wanted them to be. This extraordinary book should shift the ground under Byzantine studies.”—Leonora Neville, author of Guide to Byzantine Historical Writing