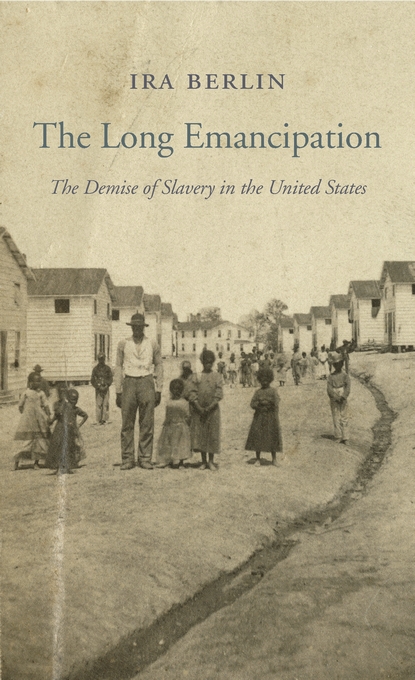 Perhaps no event in American history arouses more impassioned debate than the abolition of slavery. Answers to basic questions about who ended slavery, how, and why remain fiercely contested more than a century and a half after the passage of the Thirteenth Amendment. In The Long Emancipation, Ira Berlin draws upon decades of study to offer a framework for understanding slavery’s demise in the United States. Freedom was not achieved in a moment, and emancipation was not an occasion but a near-century-long process—a shifting but persistent struggle that involved thousands of men and women.

Berlin teases out the distinct characteristics of emancipation, weaving them into a larger narrative of the meaning of American freedom. The most important factor was the will to survive and the enduring resistance of enslaved black people themselves. In striving for emancipation, they were also the first to raise the crucial question of their future status. If they were no longer slaves, what would they be? African Americans provided the answer, drawing on ideals articulated in the Declaration of Independence and precepts of evangelical Christianity. Freedom was their inalienable right in a post-slavery society, for nothing seemed more natural to people of color than the idea that all Americans should be equal.

African Americans were not naive about the price of their idealism. Just as slavery was an institution initiated and maintained by violence, undoing slavery also required violence. Freedom could be achieved only through generations of long and brutal struggle.