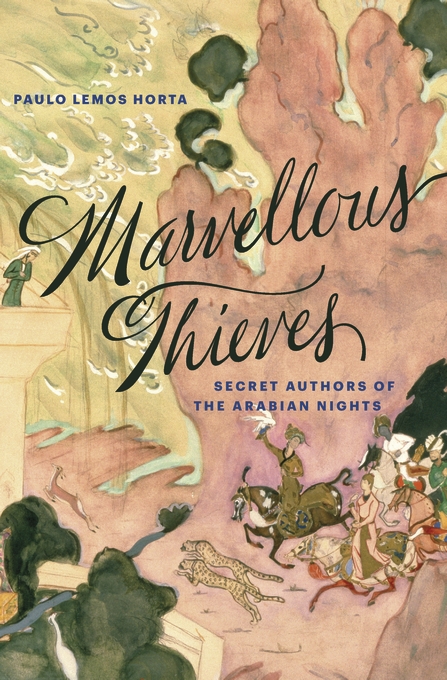 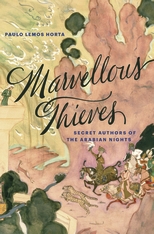 Secret Authors of the Arabian Nights

Although many of its stories originated centuries ago in the Middle East, the Arabian Nights is regarded as a classic of world literature by virtue of the seminal French and English translations produced in the eighteenth and nineteenth centuries. Supporting the suspicion that the story collection is more Parisian than Persian, some of its most famous tales, including the stories of Aladdin and Ali Baba, appear nowhere in the original sources. Yet as befits a world where magic lamps may conceal a jinni and fabulous treasures lie just beyond secret doors, the truth of the Arabian Nights is richer than standard criticism suggests.

Marvellous Thieves recovers the cross-cultural encounters—the collaborations, borrowings, and acts of literary larceny—that produced the Arabian Nights in European languages. Ranging from the coffeehouses of Aleppo to the salons of Paris, from colonial Calcutta to Bohemian London, Paulo Lemos Horta introduces readers to the poets and scholars, pilgrims and charlatans who made crucial but largely unacknowledged contributions to this most famous of story collections. Each version betrays the distinctive cultural milieu in which it was produced and the workshop atmosphere of its compilation. Time and again, Horta shows, stories were retold and elaborate commentaries added to remake the Arabian Nights in accordance with the personalities and ambitions of the storytellers and writers.

Untangling the intricate web of invention and plagiarism that ensnares the Arabian Nights, Horta rehabilitates the voices hidden in its long history—voices that mirror the endless potential of Shahrazad’s stories to proliferate.