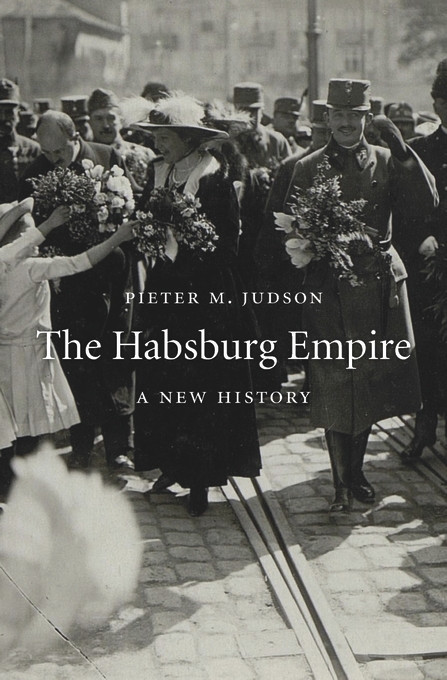 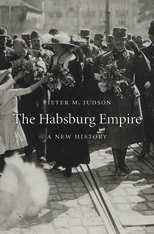 “Pieter M. Judson’s book informs and stimulates. If his account of Habsburg achievements, especially in the 18th century, is rather starry-eyed, it is a welcome corrective to the black legend usually presented. Lucid, elegant, full of surprising and illuminating details, it can be warmly recommended to anyone with an interest in modern European history.”—Tim Blanning, The Wall Street Journal

“This is an engaging reappraisal of the empire whose legacy, a century after its collapse in 1918, still resonates across the nation-states that replaced it in central Europe. Judson rejects conventional depictions of the Habsburg empire as a hopelessly dysfunctional assemblage of squabbling nationalities and stresses its achievements in law, administration, science and the arts.”—Tony Barber, Financial Times

“The Habsburg Empire is Judson’s attempt at a grand, unified history of Austria-Hungary for our times… Habsburg history is not the same after this book.”—Natasha Wheatley, London Review of Books

“Indispensable to any serious library.”—Simon Heffer, The Daily Telegraph

“Judson’s reflections on nations, states and institutions are of broader interest, not least in the current debate on the future of the European Union after Brexit. Refreshingly, his book also challenges lasting presumptions about differences between Europe east and west, backward and developed, ethnic and civic. His narrative may be one of many possible readings of Habsburg history, as he himself says—yet it is one that is both nuanced and compelling.”—Annabelle Chapman, Prospect

“Crisply written and nuanced… With invigorating precision, [Judson] analyses how the state was built up by various forces working simultaneously from above and below. His view is not blurred by the unhelpful nostalgia with which so many accounts are suffused.”—Adam Zamoyski, Literary Review

“Spectacularly revisionist… Judson argues that…the empire was a force for progress and modernity… This is a bold and refreshing book… Judson does much to destroy the picture of an ossified regime and state.”—A. W. Purdue, Times Higher Education

“A masterpiece of historical rethinking by one of the great Habsburg historians of our age. Judson reminds us of how little we have fully grasped the subtleties and complexities of Habsburg history.”—Larry Wolff, author of The Idea of Galicia: History and Fantasy in Habsburg Political Culture

“Strongly revisionist and effortlessly wide-ranging, Judson’s book offers a strikingly original interpretation of Austria-Hungary as an empire rather than a collection of hostile national groups. This powerful insight should change how we think about European history.”—Robert Nemes, author of Another Hungary: The Nineteenth-Century Provinces in Eight Lives

“Judson forever banishes images of the Habsburg Empire as a decrepit and declining anachronism. This is the history we have been waiting for since the empire disappeared from Europe’s map.”—Tara Zahra, author of The Great Departure: Mass Migration from Eastern Europe and the Making of the Free World