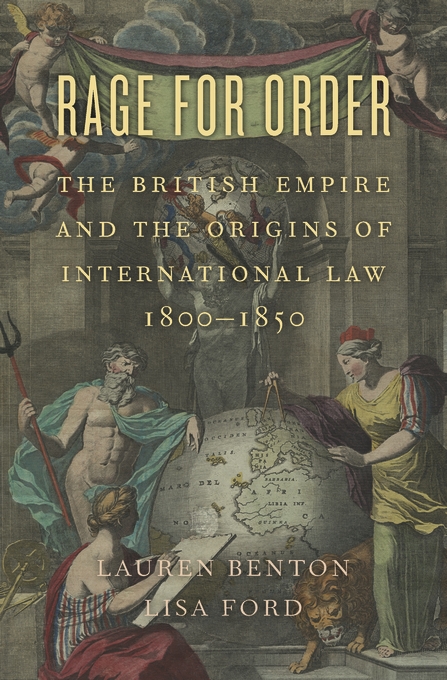 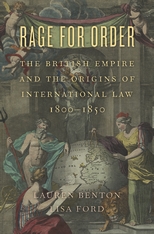 The British Empire and the Origins of International Law, 1800–1850

International law burst on the scene as a new field in the late nineteenth century. Where did it come from? Rage for Order finds the origins of international law in empires—especially in the British Empire’s sprawling efforts to refashion the imperial constitution and use it to order the world in the early part of that century.

Lauren Benton and Lisa Ford uncover the lost history of Britain’s global empire of law in colonial conflicts and bureaucratic dispatches rather than legal treatises and case law. Tracing constitutional politics around the world, Rage for Order shows that attempts to refashion the British imperial constitution touched on all the controversial issues of the day, from slavery to revolution. Scandals in turbulent colonies targeted petty despots and augmented the power of the Crown to intervene in the administration of justice. Campaigns to police piracy and slave trading linked British interests to the stability of politically fragmented regions. Dull bureaucrats dominated legal reform, but they did not act in isolation. Indigenous peoples, slaves, convicts, merchants, and sailors all scrambled to play a part in reordering the empire and the world beyond it. Yet, through it all, legal reform focused on promoting order, not advancing human rights or charting liberalism.

Rage for Order maps a formative phase in world history when imperial, not international, law anchored visions of global order. This sweeping story changes the way we think about the legacy of the British Empire and the meaning of international law today.