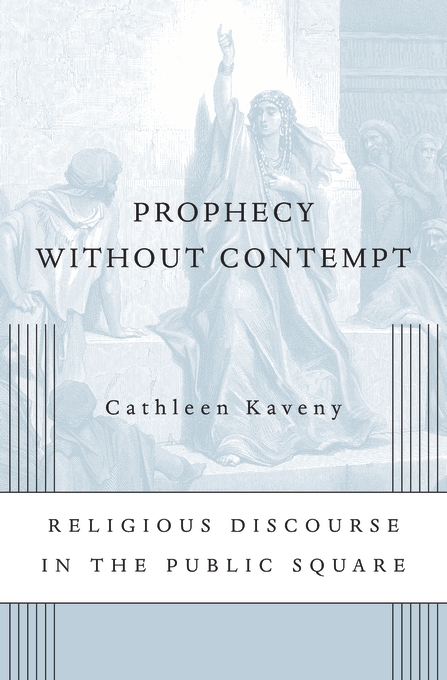 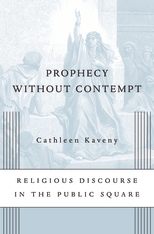 American culture warriors have plenty to argue about, but battles over such issues as abortion and torture have as much to do with rhetorical style as moral substance. Cathleen Kaveny reframes the debate about religion in the public square by focusing on a powerful stream of religious discourse in American political speech: the Biblical rhetoric of prophetic indictment.

Throughout American history, reformers of all political persuasions and for all manner of causes—abolitionists, defenders of slavery, prohibitionists, and civil rights leaders—have echoed the thundering condemnations of the Hebrew prophets in decrying what they see as social evils. Rooted in the denunciations of Puritan sermons, prophetic rhetoric has evolved to match the politics of an increasingly pluralistic society. To employ prophetic indictment in political speech is to claim to speak from a position of unassailable authority—whether God, reason, or common sense—in order to accuse opponents of violating a fundamental law.