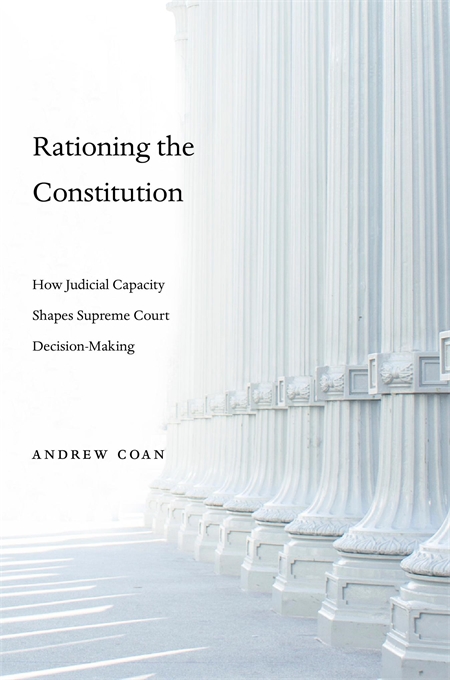 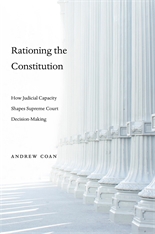 “Through a detailed examination of the Court’s jurisprudential responses to its limited institutional capacity, Coan offers a roadmap for practitioners, academics, and activists to understand how the Court will respond to future constitutional issues.”—Harvard Law Review

“If you are tired of conventional debates about constitutional law, you will find Andrew Coan’s new book a delight. It is full of insight about the structures that produce constitutional law yet remain in the background of standard doctrinal and theoretical debates. Institutional facts matter in constitutional law. Coan’s book shows why they are so very important.”—Victoria Nourse, Georgetown University Law Center

“Andrew Coan’s book is a clearly written and intellectually impressive effort to systematically work out the implications of the consequentialist approach to constitutional adjudication and interpretation by the Supreme Court. Agree or disagree, it will become one of the standard references in this debate.”—Adrian Vermeule, Harvard Law School

“Two centuries into our American constitutional experiment, rarely does a book force us both to rethink old issues and to confront important issues we had never even considered. Rationing the Constitution is such a book—part theoretical, part empirical, all fantastic.”—David Fontana, George Washington University Law School