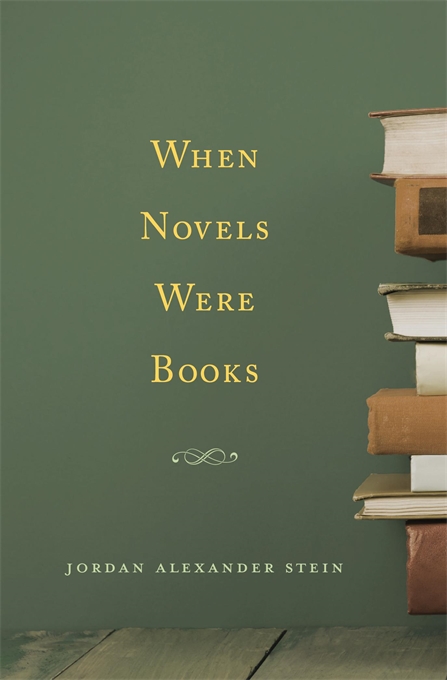 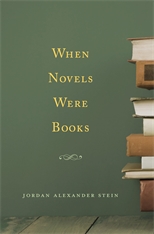 When Novels Were Books

A literary scholar explains how eighteenth-century novels were manufactured, sold, bought, owned, collected, and read alongside Protestant religious texts. As the novel developed into a mature genre, it had to distinguish itself from these similar-looking books and become what we now call “literature.”

Literary scholars have explained the rise of the Anglophone novel using a range of tools, from Ian Watt’s theories to James Watt’s inventions. Contrary to established narratives, When Novels Were Books reveals that the genre beloved of so many readers today was not born secular, national, middle-class, or female.

For the first three centuries of their history, novels came into readers’ hands primarily as printed sheets ordered into a codex bound along one edge between boards or paper wrappers. Consequently, they shared some formal features of other codices, such as almanacs and Protestant religious books produced by the same printers. Novels are often mistakenly credited for developing a formal feature (“character”) that was in fact incubated in religious books.

The novel did not emerge all at once: it had to differentiate itself from the goods with which it was in competition. Though it was written for sequential reading, the early novel’s main technology for dissemination was the codex, a platform designed for random access. This peculiar circumstance led to the genre’s insistence on continuous, cover-to-cover reading even as the “media platform” it used encouraged readers to dip in and out at will and read discontinuously. Jordan Alexander Stein traces this tangled history, showing how the physical format of the book shaped the stories that were fit to print.