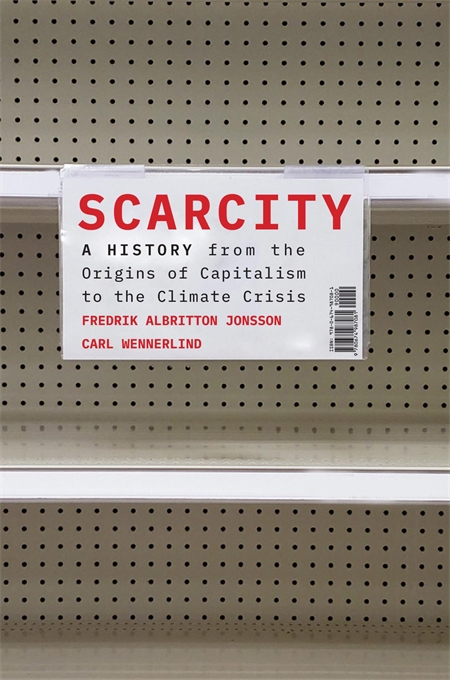 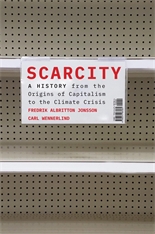 A History from the Origins of Capitalism to the Climate Crisis

A sweeping intellectual history of the concept of economic scarcity—its development across five hundred years of European thought and its decisive role in fostering the climate crisis.

Modern economics presumes a particular view of scarcity, in which human beings are innately possessed of infinite desires and society must therefore facilitate endless growth and consumption irrespective of nature’s limits. Yet as Fredrik Albritton Jonsson and Carl Wennerlind show, this vision of scarcity is historically novel and was not inevitable even in the age of capitalism. Rather, it reflects the costly triumph of infinite-growth ideologies across centuries of European economic thought—at the expense of traditions that sought to live within nature’s constraints.

The dominant conception of scarcity today holds that, rather than master our desires, humans must master nature to meet those desires. Albritton Jonsson and Wennerlind argue that this idea was developed by thinkers such as Francis Bacon, Samuel Hartlib, Alfred Marshall, and Paul Samuelson, who laid the groundwork for today’s hegemonic politics of growth. Yet proponents of infinite growth have long faced resistance from agrarian radicals, romantic poets, revolutionary socialists, ecofeminists, and others. These critics—including the likes of Gerrard Winstanley, Dorothy Wordsworth, Karl Marx, and Hannah Arendt—embraced conceptions of scarcity in which our desires, rather than nature, must be mastered to achieve the social good. In so doing, they dramatically reenvisioned how humans might interact with both nature and the economy.

Following these conflicts into the twenty-first century, Albritton Jonsson and Wennerlind insist that we need new, sustainable models of economic thinking to address the climate crisis. Scarcity is not only a critique of infinite growth, but also a timely invitation to imagine alternative ways of flourishing on Earth.