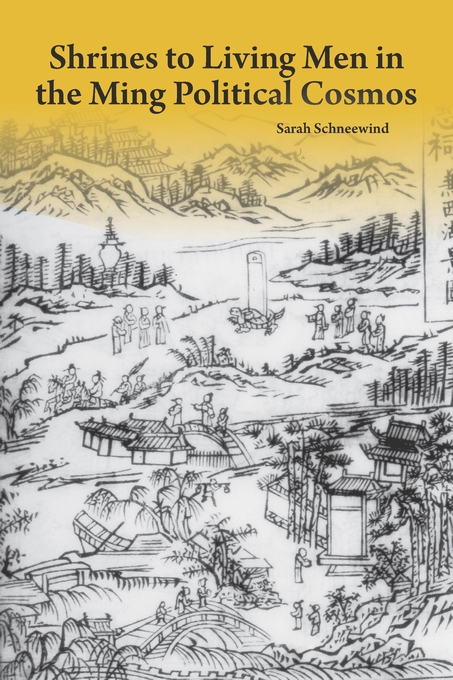 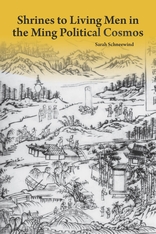 Shrines to Living Men in the Ming Political Cosmos

Shrines to Living Men in the Ming Political Cosmos, the first book focusing on premortem shrines in any era of Chinese history, places the institution at the intersection of politics and religion. When a local official left his post, grateful subjects housed an image of him in a temple, requiting his grace: that was the ideal model. By Ming times, the “living shrine” was legal, old, and justified by readings of the classics.

Sarah Schneewind argues that the institution could invite and pressure officials to serve local interests; the policies that had earned a man commemoration were carved into stone beside the shrine. Since everyone recognized that elite men might honor living officials just to further their own careers, premortem shrine rhetoric stressed the role of commoners, who embraced the opportunity by initiating many living shrines. This legitimate, institutionalized political voice for commoners expands a scholarly understanding of “public opinion” in late imperial China, aligning it with the efficacy of deities to create a nascent political conception Schneewind calls the “minor Mandate of Heaven.” Her exploration of premortem shrine theory and practice illuminates Ming thought and politics, including the Donglin Party’s battle with eunuch dictator Wei Zhongxian and Gu Yanwu’s theories.