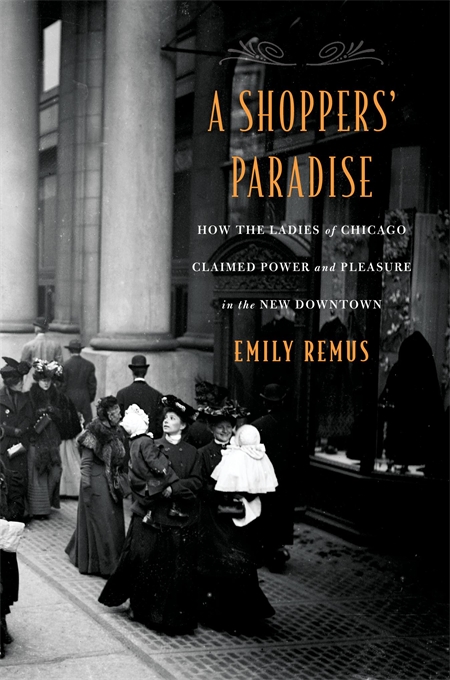 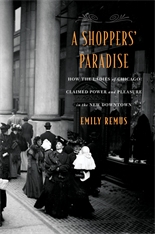 On WTTW’s Chicago Tonight, watch Emily Remus explain how women shaped the development of Chicago’s Loop shopping district—and why the stereotype that women are “born to shop” is much more recent than one might expect:

How women in turn-of-the-century Chicago used their consumer power to challenge male domination of public spaces and stake their own claim to downtown.

Popular culture assumes that women are born to shop and that cities welcome their trade. But for a long time America’s downtowns were hardly welcoming to women. Emily Remus turns to Chicago at the turn of the twentieth century to chronicle a largely unheralded revolution in women’s rights that took place not at the ballot box but in the streets and stores of the business district.

After the city’s Great Fire, Chicago’s downtown rose like a phoenix to become a center of urban capitalism. Moneyed women explored the newly built department stores, theaters, and restaurants that invited their patronage and encouraged them to indulge their fancies. Yet their presence and purchasing power were not universally appreciated. City officials, clergymen, and influential industrialists condemned these women’s conspicuous new habits as they took their place on crowded streets in a business district once dominated by men.

A Shoppers’ Paradise reveals crucial points of conflict as consuming women accessed the city center: the nature of urban commerce, the place of women, the morality of consumer pleasure. The social, economic, and legal clashes that ensued, and their outcome, reshaped the downtown environment for everyone and established women’s new rights to consumption, mobility, and freedom.