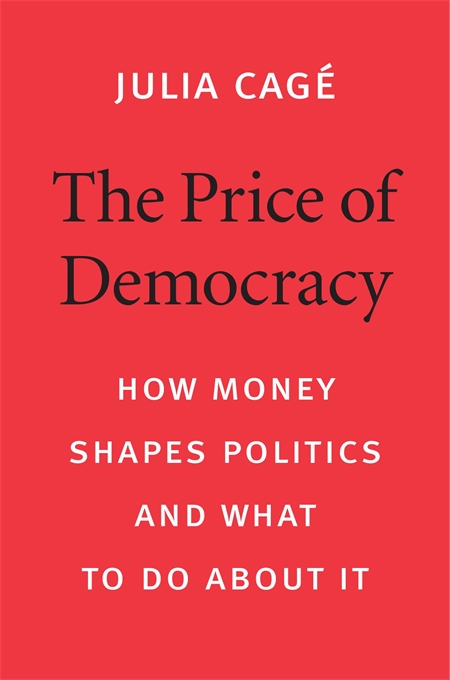 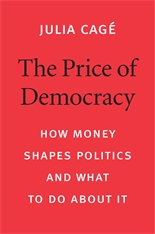 The Price of Democracy

How Money Shapes Politics and What to Do about It

Why and how systems of political financing and representation in Europe and North America give outsized influence to the wealthy and undermine democracy, and what we can do about it.

One person, one vote. In theory, everyone in a democracy has equal power to decide elections. But it’s hardly news that, in reality, political outcomes are heavily determined by the logic of one dollar, one vote. We take the political power of money for granted. But does it have to be this way? In The Price of Democracy, Julia Cagé combines economic and historical analysis with political theory to show how profoundly our systems in North America and Europe, from think tanks and the media to election campaigns, are shaped by money. She proposes fundamental reforms to bring democracy back into line with its egalitarian promise.

Cagé shows how different countries have tried to develop legislation to curb the power of private money and to develop public systems to fund campaigns and parties. But these attempts have been incoherent and unsystematic. She demonstrates that it is possible to learn from these experiments in the United States, Europe, and elsewhere to design a better system that would increase political participation and trust. This would involve setting a strict cap on private donations and creating a public voucher system to give each voter an equal amount to spend in support of political parties. More radically, Cagé argues that a significant fraction of seats in parliamentary assemblies should be set aside for representatives from disadvantaged socioeconomic groups.

At a time of widespread political disenchantment, The Price of Democracy is a bracing reminder of the problems we face and an inspirational guide to the potential for reform.