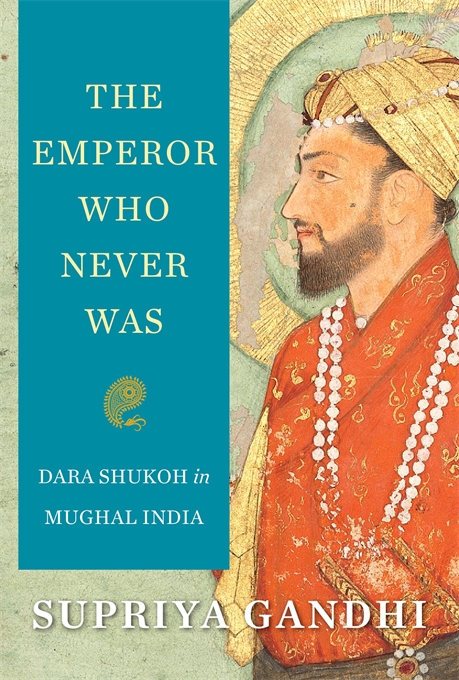 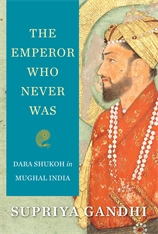 The Emperor Who Never Was

“An astonishing work. Gandhi…has written an early candidate for biography of the year; and this short, sparkling book does perhaps the best service to our common understanding of the Mughals than any other recent work.”—Supriya Nair, Mumbai Mirror

“A well-researched biography of the heir-apparent, showing how unrealistic it is to burden a historical figure with present-day guesswork… Aurangzeb’s allegations of kufr (unbelief) against Dara were likely an afterthought. What had bothered him was the way Dara kept thwarting his own ambitions. The picture that emerges from Gandhi’s book is that it was politics as usual: religion is an angle that was mostly brought in much later by the colonial historians and later Indian scholars.”—Soni Wadhwa, Asian Review of Books

“Reads like a novel… A fascinating look [at] a family, the succession to the throne, and the politics that happened in its wake… Reclaims history and gives us a complex, nuanced biography of a man who was not known at all, and also of a family that was different and always at loggerheads with each other.”—Hungry Reader

“The Emperor Who Never Was is that rarity: a work of deeply researched, painstaking historical scholarship that is also a model of fine writing and clear, flowing prose. Supriya Gandhi explores a wide web of original primary sources in a variety of languages to establish the facts about Dara Shukoh and separate, in the words of the Emperor Akbar, ‘the firm ground of truth from the marshy land of tradition.’ With this remarkable debut a huge new talent is born, and one who is likely to make as much of an impact in the world of literature as she already has done in the world of academe.”—William Dalrymple, author of The Anarchy: The East India Company, Corporate Violence, and the Pillage of an Empire

“Supriya Gandhi has restored Dara Shukoh to his much-deserved magnificence. The prince we imagined we knew now comes alive in a world of overlapping Indian and Islamic splendor—the Mughal court in all its beauty, sanctity, precarity, and danger.”—Ruby Lal, author of Empress: The Astonishing Reign of Nur Jahan

“Dara Shukoh or Aurangzeb? India, the very idea of it, at a fateful crossroad: Could a philosopher be a king, could blind imperial ambition be any less fanatical? In her beautifully conceived, full-dress biography of the legendary Mughal prince, Supriya Gandhi has mastered the fine art of storytelling with the rare gift of historiography. This is the drama of a nation on a historic precipice, told with impeccable verve and confidence. A joy to read, the masterstroke of a brilliant scholar.”—Hamid Dabashi, author of The Shahnameh: The Persian Epic as World Literature and Persophilia: Persian Culture on the Global Scene

“Beautifully written and thoroughly researched, Supriya Gandhi’s biography brings Dara Shukoh alive within his own historical context. The remarkable story of the ‘emperor who never was’ provides crucial perspectives on kingship in Mughal India and on controversies shaping modern South Asian history.”—David Gilmartin, author of Blood and Water

“Based on a wide range of primary sources, Gandhi has produced an excellent work on the life and times of one of the most fascinating Mughals.”—Wheeler M. Thackston, translator of The History of Akbar and The Baburnama: Memoirs of Babur, Prince and Emperor