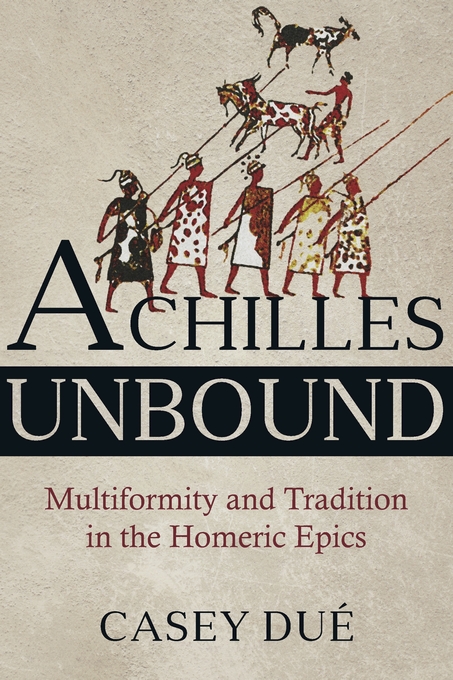 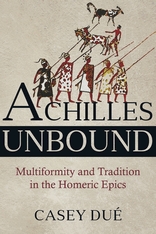 Multiformity and Tradition in the Homeric Epics

Though Achilles the character is bound by fate and by narrative tradition, Achilles’s poem, the Iliad, was never fixed and monolithic in antiquity—it was multiform. And the wider epic tradition, from which the Iliad emerged, was yet more multiform. In Achilles Unbound, Casey Dué, building on nearly twenty years of work as coeditor of the Homer Multitext, explores both the traditionality and multiformity of the Iliad in a way that gives us a greater appreciation of the epic that has been handed down to us.

Dué argues that the attested multiforms of the Iliad—in ancient quotations, on papyrus, and in the scholia of medieval manuscripts—give us glimpses of the very long history of the text, access to even earlier Iliads, and a greater awareness of the mechanisms by which such a remarkable poem could be composed in performance. Using methodologies grounded in an understanding of Homeric poetry as a system, Achilles Unbound argues for nothing short of a paradigm shift in our approach to the Homeric epics, one that embraces their long evolution and the totality of the world of epic song, in which each performance was newly composed and received by its audience.