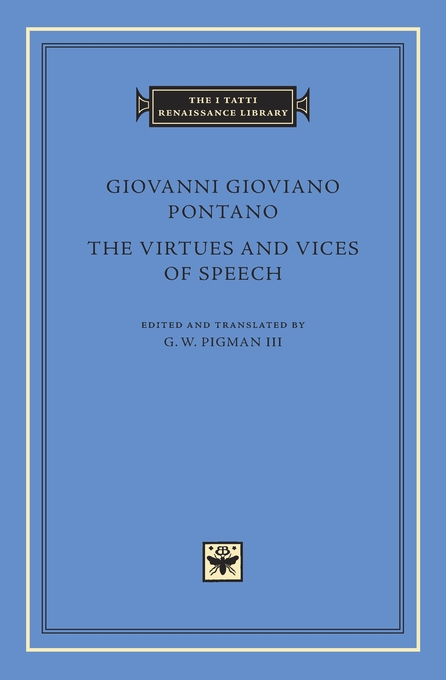 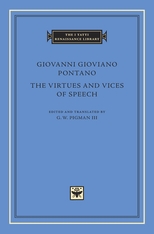 The I Tatti Renaissance Library 87

The Virtues and Vices of Speech

Giovanni Pontano, who adopted the academic sobriquet “Gioviano,” was prime minister to several kings of Naples and the most important Neapolitan humanist of the quattrocento. Best known today as a Latin poet, he also composed dialogues depicting the intellectual life of the humanist academy of which he was the head, and, late in life, a number of moral essays that became his most popular prose works. The De sermone (On Speech), translated into English here for the first time, aims to provide a moral anatomy, following Aristotelian principles, of various aspects of speech such as truthfulness and deception, flattery, gossip, loquacity, calumny, mercantile bargaining, irony, wit, and ridicule. In each type of speech, Pontano tries to identify what should count as the virtuous mean, that which identifies the speaker as a person of education, taste, and moral probity.