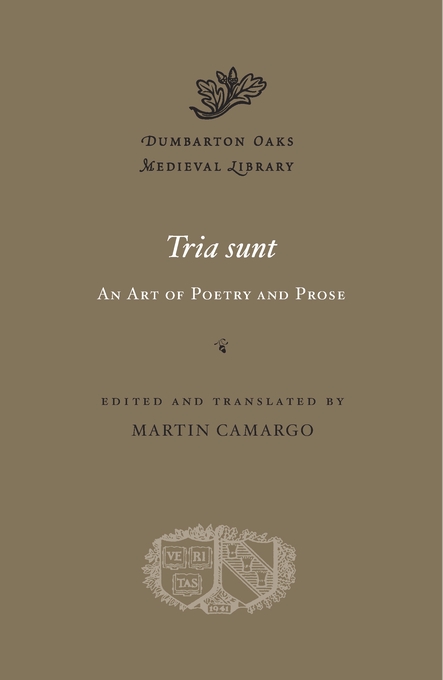 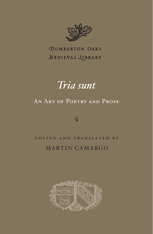 An Art of Poetry and Prose

Edited and translated by Martin Camargo

The Tria sunt, named for its opening words, was a widely used and highly ambitious book composed in England in the late fourteenth century during a revival of interest in the art of poetry and prose.

The backbone of this comprehensive guide to writing Latin texts is the wealth of illustrative and instructive sources compiled, including examples from classical authors such as Cicero and Horace as well as from medieval literature, and excerpts from other treatises of the same period by authors from Matthew of Vendôme through Gervase of Melkley. Topics treated at length include methods for beginning and ending a composition, techniques for expanding and abbreviating a text, varieties of figurative language, attributes of persons and actions, and the art of letter writing.

This anonymous treatise, related especially closely to work by Geoffrey of Vinsauf, served as a textbook for rhetorical composition at Oxford. Of all the major Latin arts of poetry and prose, it is the only one not previously edited or translated into English.