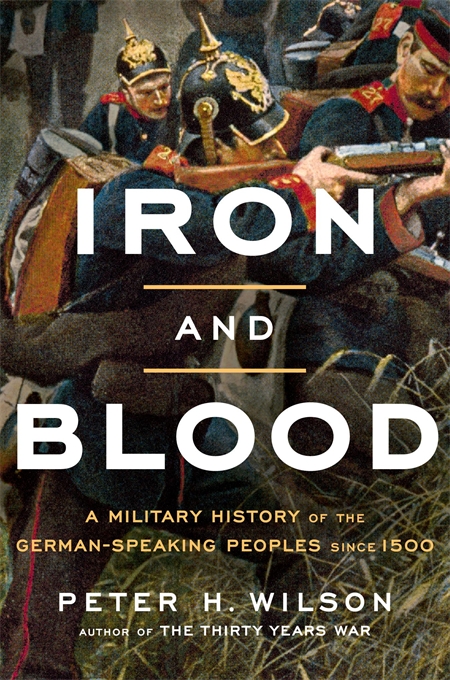 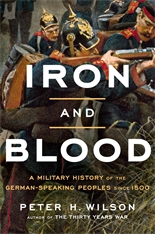 A Military History of the German-Speaking Peoples since 1500

From the author of the acclaimed The Thirty Years War and Heart of Europe, a masterful, landmark reappraisal of German military history, and of the preconceptions about German militarism since before the rise of Prussia and the world wars.

German military history is typically viewed as an inexorable march to the rise of Prussia and the two world wars, the road paved by militarism and the result a specifically German way of war. Peter Wilson challenges this narrative. Looking beyond Prussia to German-speaking Europe across the last five centuries, Wilson finds little unique or preordained in German militarism or warfighting.

Iron and Blood takes as its starting point the consolidation of the Holy Roman Empire, which created new mechanisms for raising troops but also for resolving disputes diplomatically. Both the empire and the Swiss Confederation were largely defensive in orientation, while German participation in foreign wars was most often in partnership with allies. The primary aggressor in Central Europe was not Prussia but the Austrian Habsburg monarchy, yet Austria’s strength owed much to its ability to secure allies. Prussia, meanwhile, invested in militarization but maintained a part-time army well into the nineteenth century. Alongside Switzerland, which relied on traditional militia, both states exemplify the longstanding civilian element within German military power.

Only after Prussia’s unexpected victory over France in 1871 did Germans and outsiders come to believe in a German gift for warfare—a special capacity for high-speed, high-intensity combat that could overcome numerical disadvantage. It took two world wars to expose the fallacy of German military genius. Yet even today, Wilson argues, Germany’s strategic position is misunderstood. The country now seen as a bastion of peace spends heavily on defense in comparison to its peers and is deeply invested in less kinetic contemporary forms of coercive power.