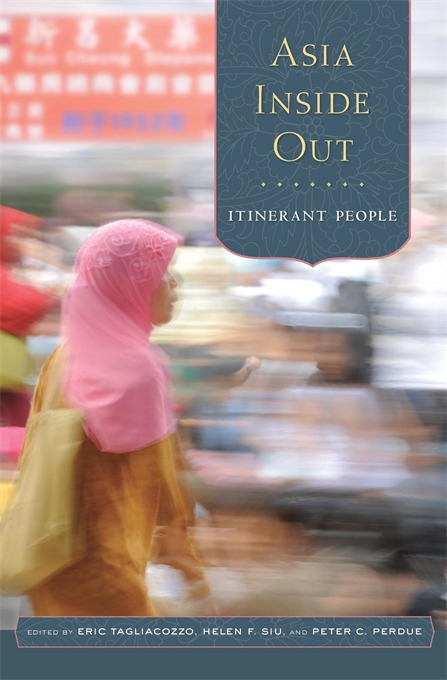 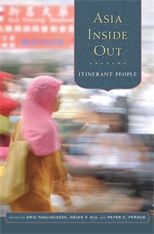 A pioneering study of historical developments that have shaped Asia concludes with this volume tracing the impact of ideas and cultures of people on the move across the continent, whether willingly or not.

In the final volume of Asia Inside Out, a stellar interdisciplinary team of scholars considers the migration of people—and the ideas, practices, and things they brought with them—to show the ways in which itinerant groups have transformed their culture and surroundings. Going beyond time and place, which animated the first two books, this third one looks at human beings on the move.

Human movement from place to place across time reinforces older connections while forging new ones. Erik Harms turns to Vietnam to show that the notion of a homeland as a marked geographic space can remain important even if that space is not fixed in people’s lived experiences. Angela Leung traces how much of East Asia was brought into a single medical sphere by traveling practitioners. Seema Alavi shows that the British preoccupation with the 1857 Indian Revolt allowed traders to turn the Omani capital into a thriving arms emporium. James Pickett exposes the darker side of mobility in a netherworld of refugees, political prisoners, and hostages circulating from the southern Russian Empire to the Indian subcontinent. Other authors trace the impact of movement on religious art, ethnic foods, and sports spectacles.

By stepping outside familiar categories and standard narratives, this remarkable series challenges us to rethink our conception of Asia in complex and nuanced ways.