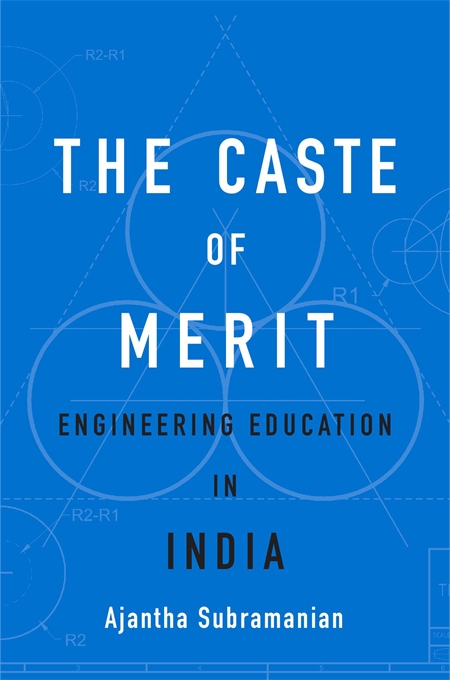 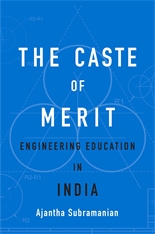 The Caste of Merit

How the language of “merit” makes caste privilege invisible in contemporary India.

Just as Americans least disadvantaged by racism are most likely to endorse their country as post‐racial, Indians who have benefited from their upper-caste affiliation rush to declare their country post‐caste. In The Caste of Merit, Ajantha Subramanian challenges this comfortable assumption by illuminating the controversial relationships among technical education, caste formation, and economic stratification in modern India. Through in-depth study of the elite Indian Institutes of Technology (IITs)—widely seen as symbols of national promise—she reveals the continued workings of upper-caste privilege within the most modern institutions.

Caste has not disappeared in India but instead acquired a disturbing invisibility—at least when it comes to the privileged. Only the lower castes invoke their affiliation in the political arena, to claim resources from the state. The upper castes discard such claims as backward, embarrassing, and unfair to those who have earned their position through hard work and talent. Focusing on a long history of debates surrounding access to engineering education, Subramanian argues that such defenses of merit are themselves expressions of caste privilege. The case of the IITs shows how this ideal of meritocracy serves the reproduction of inequality, ensuring that social stratification remains endemic to contemporary democracies.