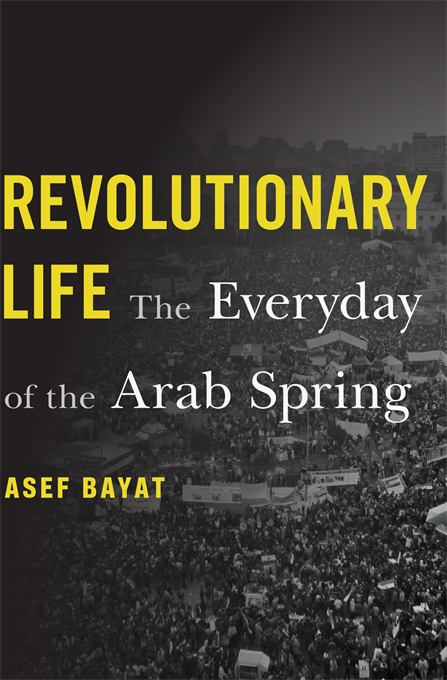 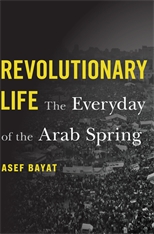 The Everyday of the Arab Spring

“Bayat, a sociologist and an acute chronicler of everyday life in the Middle East and North Africa, explores the fate of marginalized people in the uprisings of the Arab Spring.”—Lisa Anderson, Foreign Affairs

“Through finely detailed studies of the uprisings in Tunisia and Egypt, highlighting the lives of the poor and subaltern, Bayat illuminates the gap between changing political structures and transforming everyday life that contemporary revolutions everywhere must bridge. He makes an important and timely argument about how, although they did not significantly change state power, the Arab Spring revolutions gave rise to new subjectivities and a new political imaginary, which could be powerful resources for the future.”—Michael Hardt, Professor of Literature, Duke University

“While revolutions are mostly made from below, through mass mobilization of ordinary people, they are usually narrated from above. Reversing that perspective, Asef Bayat explains the development of the Arab Spring by analyzing the everyday life of the subaltern. Most innovative for the study of extraordinary moments and their outcomes is the importance he gives to the transformations in people’s subjectivities, expectations, and practices as a trigger for, but also a constraint upon, social and political change. Empirically rich and theoretically provoking, this is a must-read book for all those interested in contentious politics.”—Donatella della Porta, Professor of Political Science, Scuola Normale Superiore