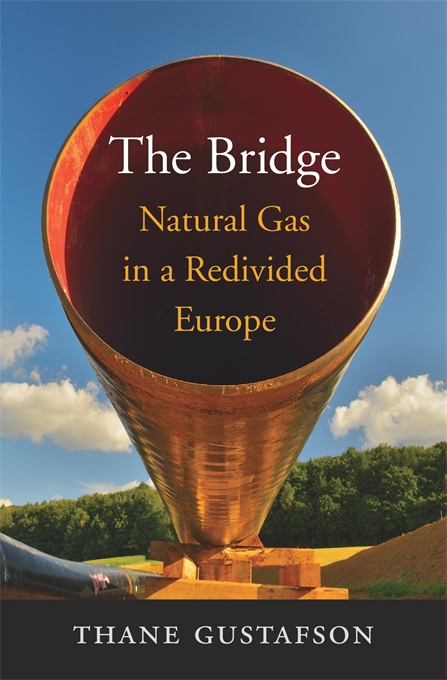 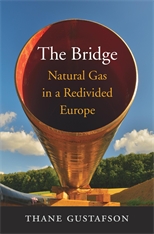 Natural Gas in a Redivided Europe

“Tells how ingenuity, determination and the logic of commerce overcame geopolitics in a way that illuminates not only the story of a molecule, but the recent history of a whole continent.”—Rupert Darwall, Wall Street Journal

“Tells a story that sheds new light on postwar Europe, as well as touching on many of the most important themes of that era… A richly detailed analysis written with a relaxed, lucid style… One of Gustafson’s central themes is the way that economics have often trumped politics in the European gas trade.”—Ed Crooks, Financial Times

“A useful exploration of Europe’s energy future… Gustafson shows how the European Union has used its legal powers…to limit the ability of the Russian energy giant Gazprom to monopolize supply for the continent. He also outlines how the changing nature of the gas industry itself has shifted the balance of power.”—Neil Bhatiya, Foreign Affairs

“What an excellent book. Imagine somebody—in this case Thane Gustafson—taking all those snippets of gas history you used to read about and turning them into a coherent, well-written narrative… Every topic should have a book like this about it.”—Tyler Cowen, Marginal Revolution

“A readable, intelligent, even-handed historical interpretation of this modern economic relationship [between Europe and Russia].”—Nature

“Sets out the genesis of Russia’s gas contract with Germany—and the West—and how it yet may be blown-up by increasing geopolitical tensions.”—Jason Corcoran, bne IntelliNews

“Makes a provocative argument that gas is less of a geostrategic/geopolitical threat and in fact contributes to long-term stability in Europe.”—BRINK

“A must-read for anyone interested in energy and European or Russian political and economic history.”—John V. Bowlus, Energy Reporters

“Comprehensive analysis… By tracking the role of natural gas through several countries—Russia and Ukraine, the United Kingdom, Germany, the Netherlands and Norway—The Bridge details both its history and its likely future.”—Dominic Lenton, Engineering and Technology

“Gustafson recounts the fascinating history of the rise of the Russian and European gas industries and the emergence of the Russian–European gas trade from its beginnings in the early cold war to the troubled present day… With his seminal works on the history of Soviet and Russian oil and gas, Gustafson has long established himself as the doyen in his field. The Bridge is yet another essential addition for all those interested in the modern history of fossil fuels, Russian–European economic relations, and the intriguing mechanisms underlying the Soviet/Russian decision-making process in the area of energy.”—Jeronim Perović, Journal of Modern History

“Well worth a read for those wanting more insight into the mindsets of the main actors and what might influence the flow of Russian gas to Europe in the future.”—William Powell, Natural Gas World

“Elegantly written by one of the world’s experts on the subject, The Bridge deftly combines narrative and analysis with Gustafson’s own distinctive perspective. It tells an important story—the development of the gas relationship between Russia and Europe, the politics around it, and the circumstances and interaction of personalities that have shaped it.”—Daniel Yergin, author of the Pulitzer Prize–winning The Prize and The Quest

“Extraordinarily well-researched and well-argued, this book provides an account of the economics and geopolitics of gas in Europe over recent decades. Anyone looking for pointers on how gas will feature in Europe’s increasingly low-carbon energy mix would be well advised to read this keen analysis of the future prospects for this less-polluting fossil fuel.”—Sir Philip Lowe, former Director-General of Energy, European Commission

“This compelling narrative illuminates one of the most important dimensions of Europe’s relations with Russia. The Bridge explains that Russia’s gas bridge is two-way, focusing on why, despite tense political relations and U.S. opposition, it continues to bind Russia and Europe together.”—Angela Stent, author of Putin’s World: Russia against the West and with the Rest

“This excellent book reveals the controversial and sophisticated forces driving Russian and European gas industries and trade. While we do not know whether this bridge will prevail, the outcome will be of crucial importance for the global economic and political landscape.”—Tatiana Mitrova, Director, Energy Center, Moscow School of Management SKOLKOVO

“The Bridge is an extremely fact-rich and thoroughly researched story about people, technology, and ideas within and around the European gas industry. Anyone wishing to understand and navigate the politics and business of European energy cannot ignore Gustafson’s insights.”—Gert Maichel, The Mobility House, former CEO of Wingas, and former senior manager of Wintershall