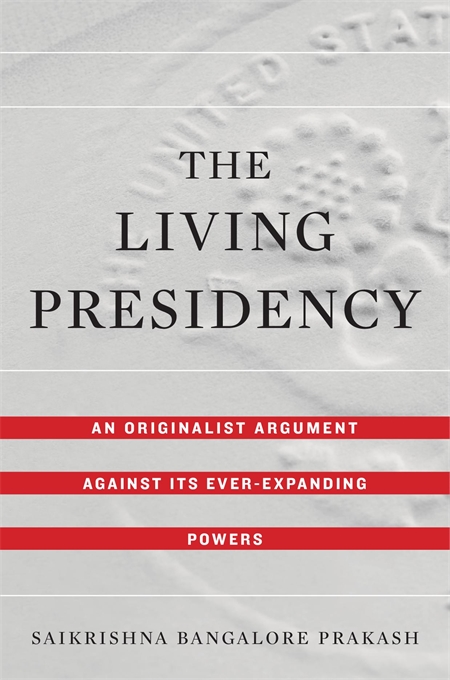 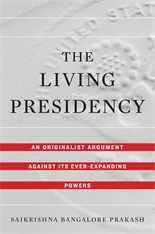 An Originalist Argument against Its Ever-Expanding Powers

A constitutional originalist sounds the alarm over the presidency’s ever-expanding powers, ascribing them unexpectedly to the liberal embrace of a living Constitution.

Liberal scholars and politicians routinely denounce the imperial presidency—a self-aggrandizing executive that has progressively sidelined Congress. Yet the same people invariably extol the virtues of a living Constitution, whose meaning adapts with the times. Saikrishna Bangalore Prakash argues that these stances are fundamentally incompatible. A constitution prone to informal amendment systematically favors the executive and ensures that there are no enduring constraints on executive power. In this careful study, Prakash contends that an originalist interpretation of the Constitution can rein in the “living presidency” legitimated by the living Constitution.

No one who reads the Constitution would conclude that presidents may declare war, legislate by fiat, and make treaties without the Senate. Yet presidents do all these things. They get away with it, Prakash argues, because Congress, the courts, and the public routinely excuse these violations. With the passage of time, these transgressions are treated as informal constitutional amendments. The result is an executive increasingly liberated from the Constitution. The solution is originalism. Though often associated with conservative goals, originalism in Prakash’s argument should appeal to Republicans and Democrats alike, as almost all Americans decry the presidency’s stunning expansion. The Living Presidency proposes a baker’s dozen of reforms, all of which could be enacted if only Congress asserted its lawful authority.