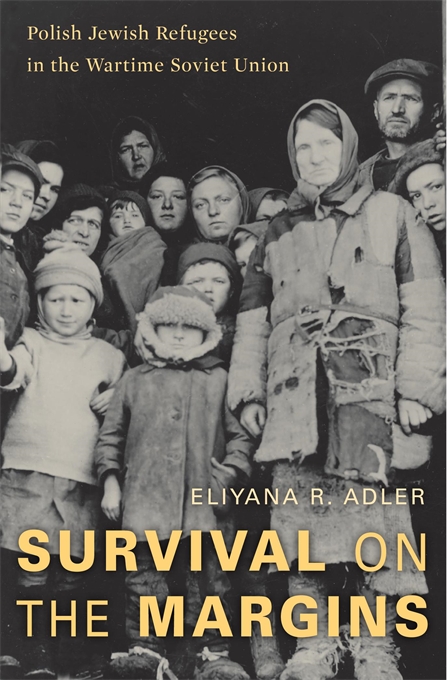 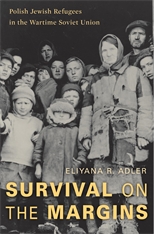 Survival on the Margins

The forgotten story of 200,000 Polish Jews who escaped the Holocaust as refugees stranded in remote corners of the USSR.

Between 1940 and 1946, about 200,000 Jewish refugees from Poland lived and toiled in the harsh Soviet interior. They endured hard labor, bitter cold, and extreme deprivation. But out of reach of the Nazis, they escaped the fate of millions of their coreligionists in the Holocaust.

Survival on the Margins is the first comprehensive account in English of their experiences. The refugees fled Poland after the German invasion in 1939 and settled in the Soviet territories newly annexed under the Molotov-Ribbentrop Pact. Facing hardship, and trusting little in Stalin, most spurned the offer of Soviet citizenship and were deported to labor camps in unoccupied areas of the east. They were on their own, in a forbidding wilderness thousands of miles from home. But they inadvertently escaped Hitler’s 1941 advance into the Soviet Union. While war raged and Europe’s Jews faced genocide, the refugees were permitted to leave their settlements after the Soviet government agreed to an amnesty. Most spent the remainder of the war coping with hunger and disease in Soviet Central Asia. When they were finally allowed to return to Poland in 1946, they encountered the devastation of the Holocaust, and many stopped talking about their own ordeals, their stories eventually subsumed within the central Holocaust narrative.

Drawing on untapped memoirs and testimonies of the survivors, Eliyana Adler rescues these important stories of determination and suffering on behalf of new generations.