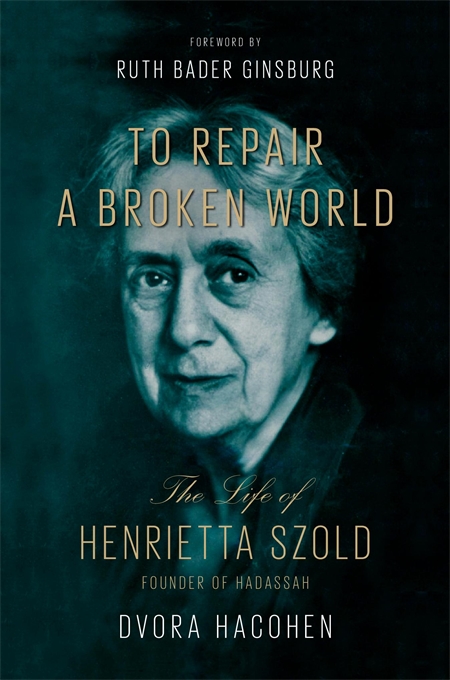 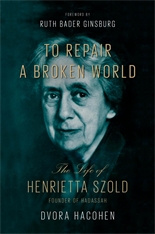 To Repair a Broken World

The Life of Henrietta Szold, Founder of Hadassah

“Hacohen’s biography teaches Americans about Szold’s essential contributions to the Yishuv beyond her work with Hadassah… This inspirational and sweeping story of Henrietta Szold will appeal to interested lay readers as well as scholars.”—Cyntha Francis Gensheimer, Association for Jewish Studies Review

“[A] commanding account of Henrietta Szold… Renders [Szold] a full-bodied personality rather than a figurehead.”—Jenna Weissman Joselit, Jewish Review of Books

“Hacohen beautifully captures the arc of Henrietta Szold’s life in a book that rests on deep scholarship and is exceedingly well written. This compelling work will stand as the definitive biography of one of the most important figures in modern Jewish history.”—Pamela S. Nadell, author of America’s Jewish Women: A History from Colonial Times to Today

“The life and work of Henrietta Szold remain both historically significant and deeply inspiring. This first-ever scholarly biography rests upon a mountain of research, filling in many missing details concerning Szold’s life in the United States and providing an unprecedented account of her remarkable and still underappreciated work in the Land of Israel. Hacohen’s invaluable book introduces a new generation to one of American Jewry’s greatest twentieth-century women.”—Jonathan D. Sarna, author of American Judaism: A History

“Henrietta Szold deserves to be more widely known for her enormous achievements in and impact on American Jewish intellectual life, Jewish women’s empowerment, and the history of modern Zionism. We are indebted to Hacohen for her comprehensive and gripping biography that brings together a wealth of information never before found in one volume about an extraordinary woman who has so deservedly achieved iconic status.”—Shuly Rubin Schwartz, author of The Rabbi’s Wife: The Rebbetzin in American Jewish Life

“Hacohen’s deeply researched and powerfully empathic biography of Henrietta Szold is a landmark study of an extraordinary leader who responded to some of the greatest challenges confronting Jews in America and pre-state Israel in the first half of the twentieth century. This highly readable book will endure as a classic in the canon of works on modern Jewish history.”—Jack Wertheimer, author of The New American Judaism: How Jews Practice Their Religion Today