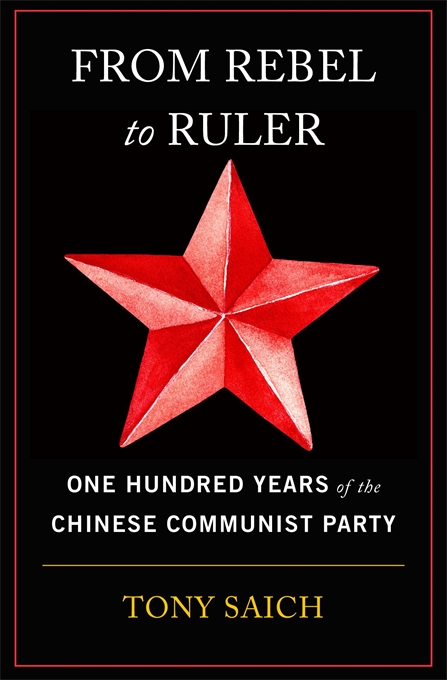 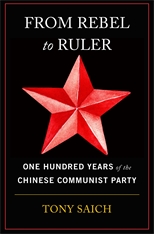 From Rebel to Ruler

One Hundred Years of the Chinese Communist Party

On the centennial of the founding of the Chinese Communist Party, the definitive history of how Mao and his successors overcame incredible odds to gain and keep power.

Mao Zedong and the twelve other young men who founded the Chinese Communist Party in 1921 could hardly have imagined that less than thirty years later they would be rulers. On its hundredth anniversary, the party remains in command, leading a nation primed for global dominance.

Tony Saich tells the authoritative, comprehensive story of the Chinese Communist Party—its rise to power against incredible odds, its struggle to consolidate rule and overcome self-inflicted disasters, and its thriving amid other communist parties’ collapse. Saich argues that the brutal Japanese invasion in the 1930s actually helped the party. As the Communists retreated into the countryside, they established themselves as the populist, grassroots alternative to the Nationalists, gaining the support they would need to triumph in the civil war. Once in power, however, the Communists faced the difficult task of learning how to rule. Saich examines the devastating economic consequences of Mao’s Great Leap Forward and the political chaos of the Cultural Revolution, as well as the party’s rebound under Deng Xiaoping’s reforms.

Leninist systems are thought to be rigid, yet the Chinese Communist Party has proved adaptable. From Rebel to Ruler shows that the party owes its endurance to its flexibility. But is it nimble enough to realize Xi Jinping’s “China Dream”? Challenges are multiplying, as the growing middle class makes new demands on the state and the ideological retreat from communism draws the party further from its revolutionary roots. The legacy of the party may be secure, but its future is anything but guaranteed.