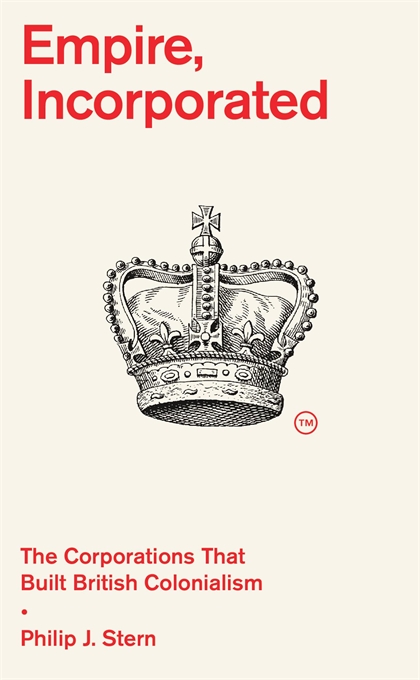 The Corporations That Built British Colonialism

“Brilliant, ambitious, and often surprising. A remarkable contribution to the current global debate about Empire and a small masterpiece of research and conceptual reimagining.”—William Dalrymple, author of The Anarchy: The East India Company, Corporate Violence, and the Pillage of an Empire

An award-winning historian places the corporation—more than the Crown—at the heart of British colonialism, arguing that companies built and governed global empire, raising questions about public and private power that were just as troubling four hundred years ago as they are today.

Across four centuries, from Ireland to India, the Americas to Africa and Australia, British colonialism was above all the business of corporations. Corporations conceived, promoted, financed, and governed overseas expansion, making claims over territory and peoples while ensuring that British and colonial society were invested, quite literally, in their ventures. Colonial companies were also relentlessly controversial, frequently in debt, and prone to failure. The corporation was well-suited to overseas expansion not because it was an inevitable juggernaut but because, like empire itself, it was an elusive contradiction: public and private; person and society; subordinate and autonomous; centralized and diffuse; immortal and precarious; national and cosmopolitan—a legal fiction with very real power.

Breaking from traditional histories in which corporations take a supporting role by doing the dirty work of sovereign states in exchange for commercial monopolies, Philip Stern argues that corporations took the lead in global expansion and administration. Whether in sixteenth-century Ireland and North America or the Falklands in the early 1980s, corporations were key players. And, as Empire, Incorporated makes clear, venture colonialism did not cease with the end of empire. Its legacies continue to raise questions about corporate power that are just as relevant today as they were 400 years ago.