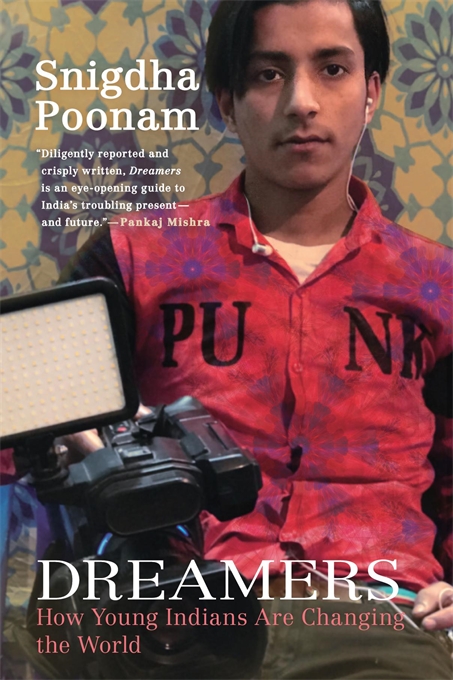 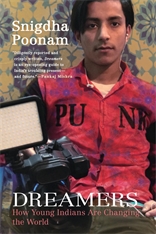 How Young Indians Are Changing the World

“A superbly reported study of aspirational Indian millennials and one of the best books about Modi’s India to date.”—Maya Jasanoff, The New York Review of Books

“Contains an abundance of bombastic characters… The country [Poonam] describes is deeply worrying… Her book offers valuable insights into the politics of identity and resentment that have gripped much of the world… The picture she paints is impressionistic. It is also alarming. If young Indians really are changing the world, it may not be for the better.”—The Economist

“The book consists of a set of compelling profiles, mostly of young men from small towns, who are aspiring actors, personality-development coaches, Spoken English teachers, political fixers and professional scammers… There are many…gems in the book… The basic truth lurking behind the stories is that Indian society is not a meritocracy. It is a closed hierarchy controlled by a few who have led millions of people down a doomed path of false promises… Poonam’s reporting focuses on the lack of jobs and shortage of skills, but ultimately the story she tells suggests a bigger political narrative behind these stories. In the world’s largest democracy, the few who have power want to hold on to it instead of distributing it to the many so that they can better themselves.”—Kushanava Choudhury, The Wall Street Journal

“Poonam profiles several young men whose aspirations belie their circumstances and whose thirst for recognition seems at times all-consuming… Dreamers takes for granted that it’s already too late for millions upon millions of young people, that no economic miracle will scoop them up smoothly from poverty and obscurity. What interests Poonam is how they make do in the absence of an economy that works for them, the ways they try to make better or at least bigger lives for themselves.”—Kanishk Tharoor, The Nation

“Inescapably, it is…a story of the youthful constituent of Modi’s voters… Poonam is good on the aggressive nationalism of this generation.”—Anjali Joseph, The Times Literary Supplement

“[A] perceptive, useful book on an important topic… Poonam is clear-eyed on the challenges the youth of the Indian population present… These young people are hitting adulthood with the cultural values of their grandparents—socially conservative, sexually timid, God-fearing—but the life goals of American teenagers: money and fame, Poonam points out. They are the most global young Indians ever, but with the narrowest ideas of what it means to be Indian.”—Jason Burke, The Guardian

“Poonam has a gift for finding the most telling stories of our time and constructs a powerful argument… We encounter two sets of young Indians. With virtually no help, one is determined to build India. The other will break it.”—Sonia Faleiro, Financial Times

“Harrowing… Dreamers smashes the slick hype that has been constructed around India’s aspiring middle classes, calling our attention to the corruption, frustration, and dashed hopes bubbling beneath the surface. It may be convenient for India’s elites to whitewash these inconvenient truths. But, as Poonam shows, it would also be suicidal.”—Milan Vaishnav, Foreign Affairs

“An intelligent and deeply reported journey into the lives of India’s young people, and the hunger that drives them.”—Uma Mahadevan-Dasgupta, The Hindu

“[A] remarkable book on the seething psyche of India’s aspirational youth.”—Rinchen Norbu Wangchuk, The Better India

“Rich and perceptive… Filled with breathtakingly diligent detail, Poonam’s narrative about the dreams and frustrations of the youth she encountered, followed, and spent time with over four years is both unflinchingly astute and keenly empathetic… Writing with incredible sensitivity, Poonam lays bare the circumstances that produce the desire to dream big and to chase success against all odds—by hook or by crook.”—Sneha Annavarapu, Public Books

“A brilliant dive into the seething psyche of India’s small-town youth: a mayhem of sexuality, sentimentality, and insatiable hunger for success—at whatever price.”—Sunil Khilnani, author of The Idea of India

“Diligently reported and crisply written, Dreamers is an eye-opening guide to India’s troubling present—and future. No recent book has so astutely charted the treacherous Indian gap between extravagant illusion and grim reality.”—Pankaj Mishra, author of Age of Anger

“An enlightening and powerful examination into the absorbing world of India’s youth… Rich in detail and engagingly crafted, Dreamers is a compelling read.”—Shashi Tharoor, author of Inglorious Empire