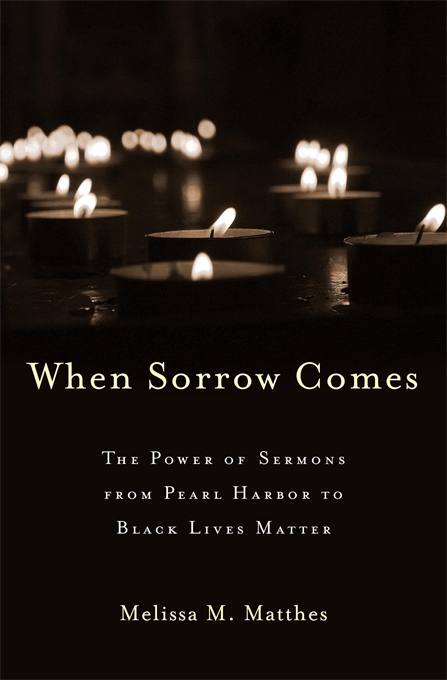 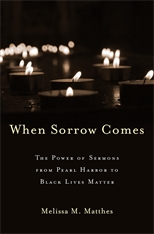 The Power of Sermons from Pearl Harbor to Black Lives Matter

Since World War II, Protestant sermons have been an influential tool for defining American citizenship in the wake of national crises.

In the aftermath of national tragedies, Americans often turn to churches for solace. Because even secular citizens attend these services, they are also significant opportunities for the Protestant religious majority to define and redefine national identity and, in the process, to invest the nation-state with divinity. The sermons delivered in the wake of crises become integral to historical and communal memory—it matters greatly who is mourned and who is overlooked.

Melissa M. Matthes conceives of these sermons as theo-political texts. In When Sorrow Comes, she explores the continuities and discontinuities they reveal in the balance of state power and divine authority following the bombing of Pearl Harbor, the assassinations of John F. Kennedy, Jr., and Martin Luther King, Jr., the Rodney King verdict, the Oklahoma City bombing, the September 11 attacks, the Newtown school shooting, and the Black Lives Matter movement. She argues that Protestant preachers use these moments to address questions about Christianity and citizenship and about the responsibilities of the Church and the State to respond to a national crisis. She also shows how post-crisis sermons have codified whiteness in ritual narratives of American history, excluding others from the collective account. These civic liturgies therefore illustrate the evolution of modern American politics and society.

Despite perceptions of the decline of religious authority in the twentieth century, the pulpit retains power after national tragedies. Sermons preached in such intense times of mourning and reckoning serve as a form of civic education with consequences for how Americans understand who belongs to the nation and how to imagine its future.