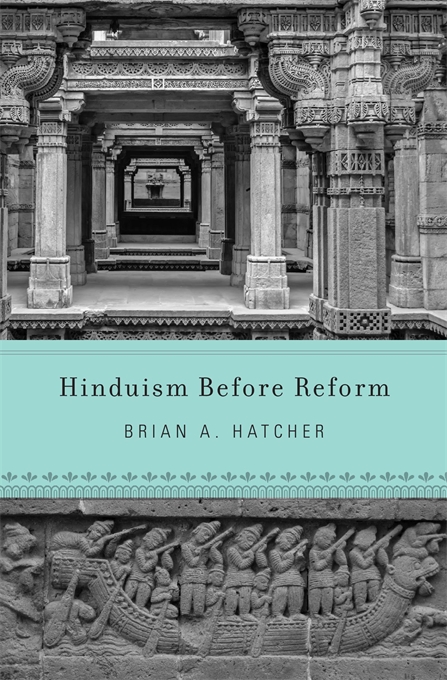 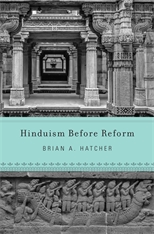 A bold retelling of the origins of contemporary Hinduism, and an argument against the long-established notion of religious reform.

By the early eighteenth century, the Mughal Empire was in decline, and the East India Company was making inroads into the subcontinent. A century later Christian missionaries, Hindu teachers, Muslim saints, and Sikh rebels formed the colorful religious fabric of colonial India. Focusing on two early nineteenth-century Hindu communities, the Brahmo Samaj and the Swaminarayan Sampraday, and their charismatic figureheads—the “cosmopolitan” Rammohun Roy and the “parochial” Swami Narayan—Brian Hatcher explores how urban and rural people thought about faith, ritual, and gods. Along the way he sketches a radical new view of the origins of contemporary Hinduism and overturns the idea of religious reform.

Hinduism Before Reform challenges the rigid structure of revelation–schism–reform–sect prevalent in much history of religion. Reform, in particular, plays an important role in how we think about influential Hindu movements and religious history at large. Through the lens of reform, one doctrine is inevitably backward-looking while another represents modernity. From this comparison flows a host of simplistic conclusions. Instead of presuming a clear dichotomy between backward and modern, Hatcher is interested in how religious authority is acquired and projected.

Hinduism Before Reform asks how religious history would look if we eschewed the obfuscating binary of progress and tradition. There is another way to conceptualize the origins and significance of these two Hindu movements, one that does not trap them within the teleology of a predetermined modernity.