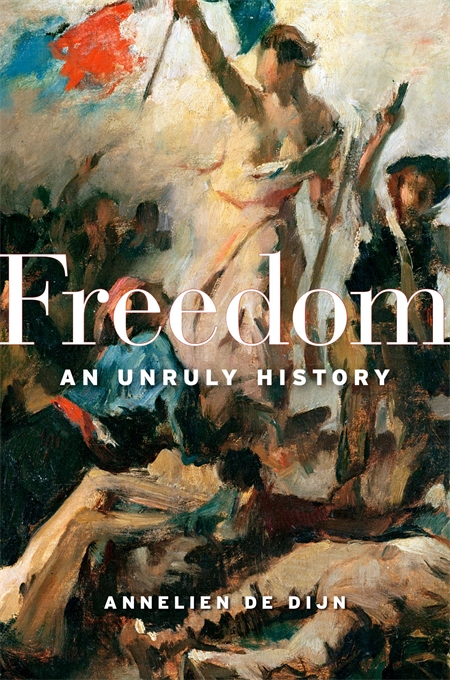 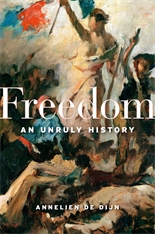 “Ambitious and impressive… Explores an alternate history of the concept from the ancient world to the Age of Revolution to the Cold War, charting those moments when new notions of freedom—such as freedom from government supervision or repression—deviated from its more classical and longstanding definition as self-government… At a time when the very survival of both freedom and democracy seems uncertain, books like this are more important than ever, as our societies contemplate both the heritage of the past and the prospects for the future.”—Tyler Stovall, The Nation

“A sweeping history of the idea of freedom in the West, from Ancient Greece, to our time… Shows how the notion of democratic freedom has developed and deepened… Importantly, de Dijn traces how the Old Oligarchy—which was overthrown by Athenian democracy—feared the redistributive power of political democracy. From the time of Ancient Athens until today, this fear has been a constant in reactionary thought.”—Paul Sutton, Jacobin

“Thought-provoking… Helps explain how partisans on both the right and the left can claim to be protectors of liberty, yet hold radically different understandings of its meaning… This deeply informed history of an idea has the potential to combat political polarization.”—Publishers Weekly

“Ambitious and bold, this book will have an enormous impact on how we think about the place of freedom in the Western tradition.”—Samuel Moyn, author of Not Enough: Human Rights in an Unequal World

“At once magisterial and finely grained, this is history on the grand scale. De Dijn succeeds in bringing, with clarity and a lightness of touch, the weight of the past to bear on freedom and its fragilities in our own time.”—Darrin M. McMahon, author of Divine Fury: A History of Genius

“With remarkable sweep and erudition, de Dijn recounts the whole history of thinking about freedom in the West. In the process, she also profoundly upends the standard liberal narrative, convincing us that what we understand by freedom today—namely, the opportunity to be left alone to do our own thing—is a recent invention. This is an important book for historians, political theorists, and all readers who like big ideas.”—Sophia Rosenfeld, author of Democracy and Truth: A Short History

“De Dijn has written a marvelous book on the history and various meanings of freedom. Its scope is enormous, its writing elegant, its insights strikingly original. We will all be reading this book for many years to come.”—Michael P. Zuckert, author of Launching Liberalism

“For two millennia liberty was conceived as popular self-government. But nineteenth-century liberals and conservatives redefined freedom as the guarantee of individual rights against state power, and democratic equality as a threat to liberty. This timely book presents urgent and persuasive arguments to rethink liberty and democracy in an era of fast-increasing inequality.”—Siep Stuurman, author of The Invention of Humanity: Equality and Cultural Difference in World History

“This book brings remarkable clarity to a big and messy subject, the definition of freedom in the Western tradition. New insights and hard-hitting conclusions about the resistance to democracy make this essential reading for anyone interested in the roots of our current dilemmas.”—Lynn Hunt, author of History: Why It Matters

“A wonderful book—extremely well written, engaging, and compelling. De Dijn offers a sweeping history of the notion of freedom across 2,000 years, arguing that identifying liberty with limited government, the way we do today, is a very modern idea.”—Helena Rosenblatt, author of The Lost History of Liberalism