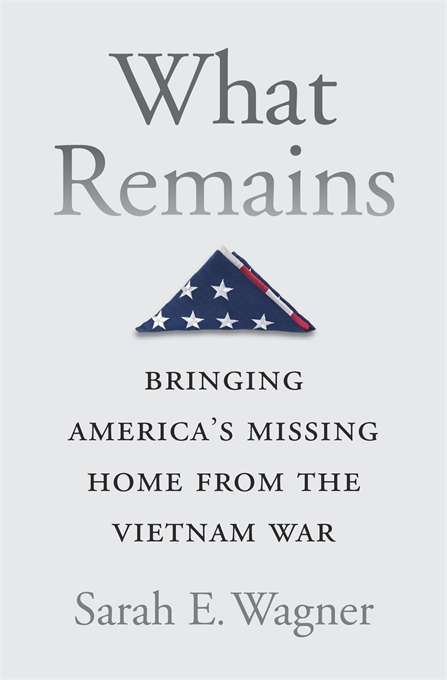 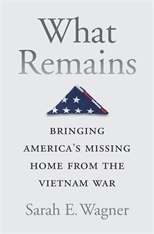 Nearly 1,600 Americans are still unaccounted for and presumed dead from the Vietnam War. These are the stories of those who mourn and continue to search for them.

For many families the Vietnam War remains unsettled. Nearly 1,600 Americans—and more than 300,000 Vietnamese—involved in the conflict are still unaccounted for. In What Remains, Sarah E. Wagner tells the stories of America’s missing service members and the families and communities that continue to search for them. From the scientists who work to identify the dead using bits of bone unearthed in Vietnamese jungles to the relatives who press government officials to find the remains of their loved ones, Wagner introduces us to the men and women who seek to bring the missing back home. Through their experiences she examines the ongoing toll of America’s most fraught war.

Every generation has known the uncertainties of war. Collective memorials, such as the Tomb of the Unknowns in Arlington National Cemetery, testify to the many service members who never return, their fates still unresolved. But advances in forensic science have provided new and powerful tools to identify the remains of the missing, often from the merest trace—a tooth or other fragment. These new techniques have enabled military experts to recover, repatriate, identify, and return the remains of lost service members. So promising are these scientific developments that they have raised the expectations of military families hoping to locate their missing. As Wagner shows, the possibility of such homecomings compels Americans to wrestle anew with their memories, as with the weight of their loved ones’ sacrifices, and to reevaluate what it means to wage war and die on behalf of the nation.