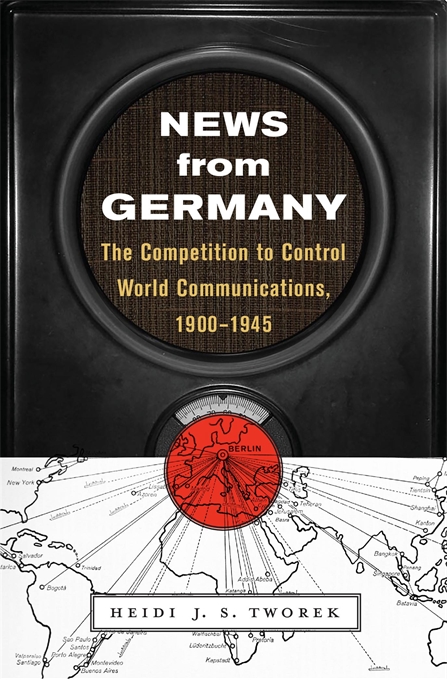 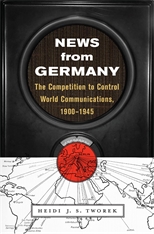 The Competition to Control World Communications, 1900–1945

To control information is to control the world. This innovative history reveals how, across two devastating wars, Germany attempted to build a powerful communication empire—and how the Nazis manipulated the news to rise to dominance in Europe and further their global agenda.

Information warfare may seem like a new feature of our contemporary digital world. But it was just as crucial a century ago, when the great powers competed to control and expand their empires. In News from Germany, Heidi Tworek uncovers how Germans fought to regulate information at home and used the innovation of wireless technology to magnify their power abroad.

Tworek reveals how for nearly fifty years, across three different political regimes, Germany tried to control world communications—and nearly succeeded. From the turn of the twentieth century, German political and business elites worried that their British and French rivals dominated global news networks. Many Germans even blamed foreign media for Germany’s defeat in World War I. The key to the British and French advantage was their news agencies—companies whose power over the content and distribution of news was arguably greater than that wielded by Google or Facebook today. Communications networks became a crucial battleground for interwar domestic democracy and international influence everywhere from Latin America to East Asia. Imperial leaders, and their Weimar and Nazi successors, nurtured wireless technology to make news from Germany a major source of information across the globe. The Nazi mastery of global propaganda by the 1930s was built on decades of Germany’s obsession with the news.

News from Germany is not a story about Germany alone. It reveals how news became a form of international power and how communications changed the course of history.