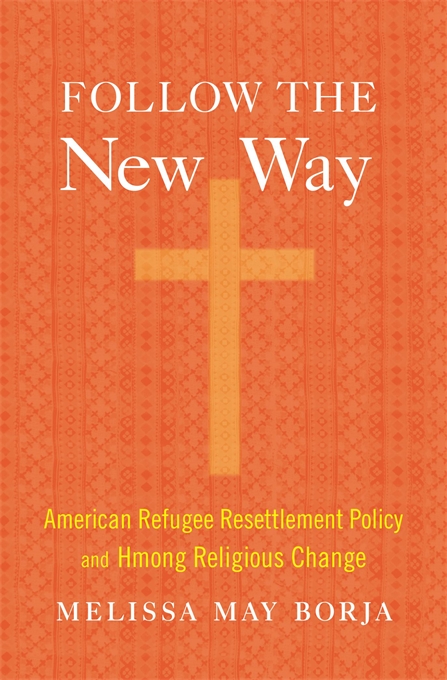 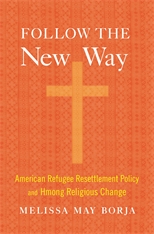 An incisive look at Hmong religion in the United States, where resettled refugees found creative ways to maintain their traditions, even as Christian organizations deputized by the government were granted an outsized influence on the refugees’ new lives.

Every year, members of the Hmong Christian Church of God in Minneapolis gather for a cherished Thanksgiving celebration. But this Thanksgiving takes place in the spring, in remembrance of the turbulent days in May 1975 when thousands of Laotians were evacuated for resettlement in the United States. For many Hmong, passage to America was also a spiritual crossing. As they found novel approaches to living, they also embraced Christianity—called kev cai tshiab, “the new way”—as a means of navigating their complex spiritual landscapes.

Melissa May Borja explores how this religious change happened and what it has meant for Hmong culture. American resettlement policies unintentionally deprived Hmong of the resources necessary for their time-honored rituals, in part because these practices, blending animism, ancestor worship, and shamanism, challenged many Christian-centric definitions of religion. At the same time, because the government delegated much of the resettlement work to Christian organizations, refugees developed close and dependent relationships with Christian groups. Ultimately the Hmong embraced Christianity on their own terms, adjusting to American spiritual life while finding opportunities to preserve their customs.

Follow the New Way illustrates America’s wavering commitments to pluralism and secularism, offering a much-needed investigation into the public work done by religious institutions with the blessing of the state. But in the creation of a Christian-inflected Hmong American animism we see the resilience of tradition—how it deepens under transformative conditions.