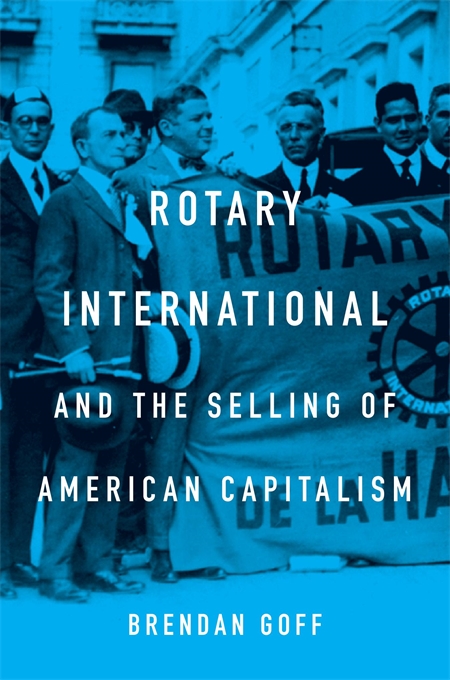 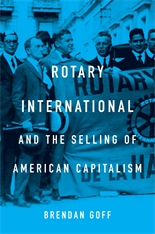 Rotary International and the Selling of American Capitalism

“You may not think you are interested in the Rotary International. But if you are interested in informal empire, globalism, or the overlap between internationalism and cultural diversity, you need to read this book. It turns out the Rotarians were not the small-minded, parochial Babbitts of Sinclair Lewis’s imagination. They were in fact internationalists whose language of cooperation, nonpartisan business professionalism, and human fellowship helped pave the way for American-style global capitalism… As the world today reembraces nationalism and stokes polarization, and as we face climate catastrophe and a pandemic, the thorny problems discussed in this book are at the heart of any attempt to renew an internationalist ethos of cooperation, service, and nonpartisanship.”—Jennifer Delton, Enterprise & Society

“This far-ranging account of transnational networking reveals the Main Street, middle-class making of modern global capitalism. Goff is as attuned to the paradoxes of Rotary internationalism as he is to its place in the American Century.”—Kristin L. Hoganson, author of The Heartland: An American History

“In this innovative book, Goff uses the international history of the Rotary Club to chart the origins of the ‘American Century.’ Tracing Rotary’s remarkable, worldwide expansion in the first half of the twentieth century, he offers fresh insights on American global power and transnational civic engagement, cultural diplomacy and corporate capitalism. Filled with fascinating stories of Rotarians and their activities on Main Streets far and wide, this book deserves a broad readership.”—Julia F. Irwin, author of Making the World Safe: The American Red Cross and a Nation’s Humanitarian Awakening

“Imaginatively conceived and highly readable, this book tells the remarkable story of Rotary International’s campaign to expand from Chicago to the world at large. Goff makes an important contribution both to our understanding of Main Street America’s thinking about international trade and foreign policy, and of the business culture and voluntarism that Rotary promoted around the world.”—David C. Hammack, coauthor of A Versatile American Institution: The Changing Ideals and Realities of Philanthropic Foundations

“In Goff’s hands, we see the Rotarian as an advance agent of U.S. power, a missionary for international capitalism, and an advocate of a business culture that shaped the twentieth-century world. Based on rich, diverse sources and told in a clear, compelling narrative, this remarkable book about how Rotarians crafted a ‘civic internationalism’ will be widely read.”—Christopher Capozzola, author of Bound by War: How the United States and the Philippines Built America’s First Pacific Century