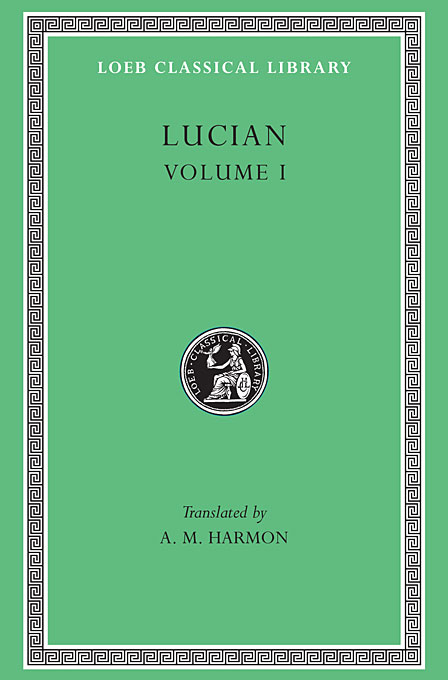 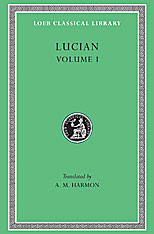 Phalaris. Hippias or The Bath. Dionysus. Heracles. Amber or The Swans. The Fly. Nigrinus. Demonax. The Hall. My Native Land. Octogenarians. A True Story. Slander. The Consonants at Law. The Carousal (Symposium) or The Lapiths

Native of Samosata on the Euphrates, Lucian traveled widely in the Roman Empire as far as Gaul. His 80 extant works (published here in 8 volumes) offer insight on the intellectual world of the second century CE along with mischievous and sophisticated entertainment. Satire blends with comic art in his tales, fantasies, and dialogues. With ebullient wit he mocks teachers of literature, the various philosophical schools, popular religions, historians and writers, the Olympian gods, and the foibles of mortals. In The Dream he jocularly recounts his own career.

From Lucian comes a comic view of the Greek symposium, in his piece titled The Carousal in Harmon’s translation. The great satirist crowds into his dinner party Stoics, Epicureans, Peripatetics, and Cynics—but there is as much high-spirited clowning as philosophy to be relished here. This first of the eight-volume edition of Lucian contains fourteen other pieces, including one of the earliest examples of science fiction, A True Story, the tallest of tall stories about a voyage to the moon.