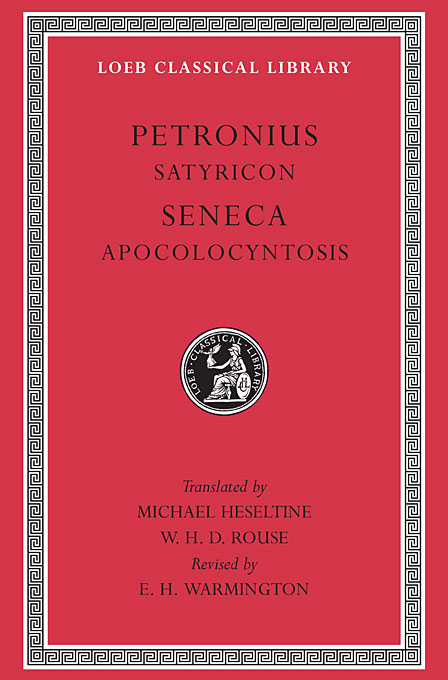 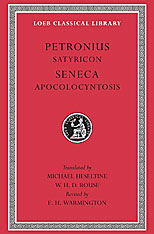 Petronius (C. or T. Petronius Arbiter), who is reasonably identified with the author of the famous satyric and satiric novel Satyricon, was a man of pleasure and of good literary taste who flourished in the times of Claudius (41–54 CE) and Nero (54–68). As Tacitus describes him, he used to sleep by day and attend to official duties or to his amusements by night. At one time he was governor of the province of Bithynia in Asia Minor and was also a consul, showing himself a man of vigour when this was required. Later he lapsed into indulgence (or assumed the mask of vice) and became a close friend of Nero. Accused by jealous Tigellinus of disloyalty and condemned, with self-opened veins he conversed lightly with friends, dined, drowsed, sent to Nero a survey of Nero’s sexual deeds, and so died, 66 CE.

The surviving parts of Petronius’s romance Satyricon mix philosophy and real life, prose and verse, in a tale of the disreputable adventures of Encolpius and two companions, Ascyltus and Giton. In the course of their wanderings they attend a showy and wildly extravagant dinner given by a rich freedman, Trimalchio, whose guests talk about themselves and life in general. Other incidents are a shipwreck and somewhat lurid proceedings in South Italy. The work is written partly in pure Latin, but sometimes purposely in a more vulgar style. It parodies and otherwise attacks bad taste in literature, pedantry and hollow society.

Apocolocyntosis (Pumpkinification) (as opposed to deification), is probably by the wealthy philosopher and courtier Seneca (ca. 4 BCE–65 CE). It is a medley of prose and verse and a political satire on the Emperor Claudius, written soon after he died in 54 CE and was deified.