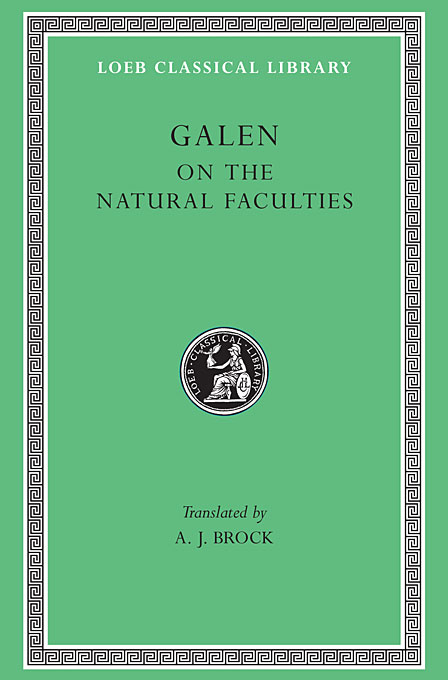 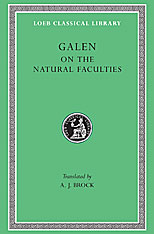 On the Natural Faculties

Translated by A. J. Brock

If the work of Hippocrates is taken as representing the foundation upon which the edifice of historical Greek medicine was reared, then the work of Galen, who lived some six hundred years later, may be looked upon as the summit of the same edifice.

He was born in Pergamum 129 CE, and both there and in other academic centres of the Aegean pursued his medical studies before being appointed physician to the Pergamene gladiators in 157. Becoming dissatisfied with this type of practice he emigrated to Rome, where he soon won acknowledgement as the foremost medical authority of his time and where, with one brief interruption, he remained until his death in 199.

Galen’s merit is to have crystallized or brought to a focus all the best work of the Greek medical schools which had preceded his own time. It is essentially in the form of Galenism that Greek medicine was transmitted to after ages.