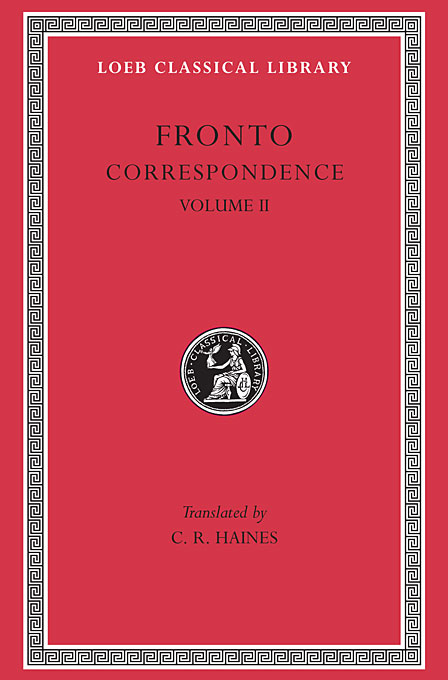 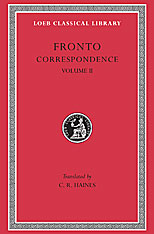 The correspondence of Fronto (c. 100–176 CE)—a much admired orator and rhetorician who was befriended by the emperor Antoninus Pius and taught his adopted sons Marcus Aurelius and Lucius Verus—offers an invaluable picture of aristocratic life and literary culture in the second century. His letters reveal Fronto’s strong stylistic views and dislike of Stoicism as well as his family joys and sorrows. They portray the successes and trials of a prominent figure in the palace, literary salons, the Senate, and law courts, and they give a fascinating record of the relationship between the foremost teacher of his time and his illustrious student Marcus Aurelius, his chief correspondent.

The Loeb Classical Library edition of Fronto is in two volumes.