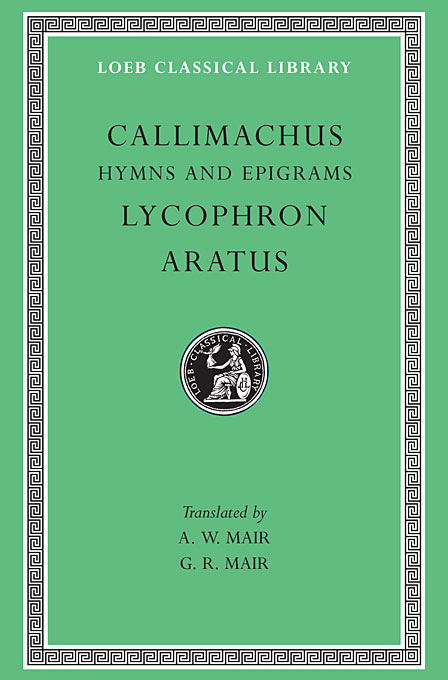 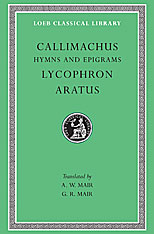 Translated by A. W. Mair

Callimachus of Cyrene, third century BCE, became after 284 a teacher of grammar and poetry at Alexandria. He was made a librarian in the new library there and prepared a catalogue of its books. He died about 240 BCE. Of his large published output, only 6 hymns, 63 epigrams, and fragments (in Loeb Classical Library no. 421) survive. The hymns are very learned and artificial in style; the epigrams are good (they are also in the Loeb Greek Anthology volumes).

Lycophron of Chalcis in Euboea was a contemporary of Callimachus in Alexandria where he became supervisor of the comedies included in the new library. He wrote a treatise on these and composed tragedies and other poetry. We possess Alexandra or Cassandra, wherein Cassandra foretells the fortune of Troy and the besieging Greeks. This poem is a curiosity—a showpiece of knowledge of obscure stories, names, and words.

Aratus of Soli in Cilicia, ca. 315–245 BCE, was a didactic poet at the court of Antigonus Gonatas of Macedonia, where he wrote his famous astronomical poem Phaenomena (Appearances). He was for a time in the court of Antiochus I of Syria but returned to Macedonia. Phaenomena was highly regarded in antiquity; it was translated into Latin by Cicero, Germanicus Caesar, and Avienus.