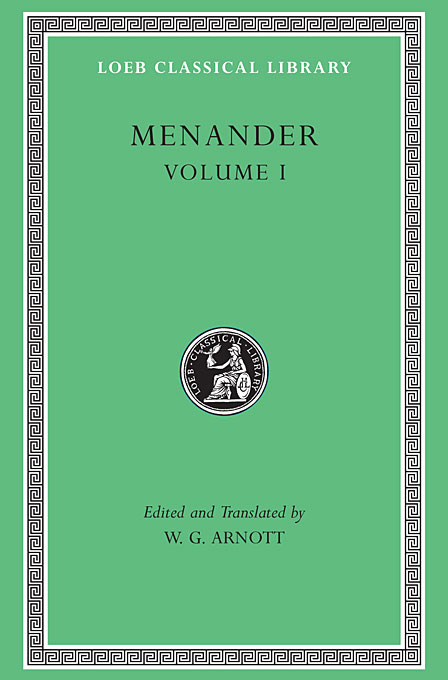 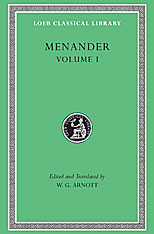 Menander, the dominant figure in New Comedy, wrote over 100 plays. By the Middle Ages they had all been lost. Happily, papyrus finds in Egypt during the past century have recovered one complete play, substantial portions of six others, and smaller but still interesting fragments. Menander was highly regarded in antiquity, and his plots, set in Greece, were adapted for the Roman world by Plautus and Terence. W. Geoffrey Arnott’s new Loeb Classical Library edition is in three volumes.

Volume I contains six plays, including the only complete one extant, Dyskolos (The Peevish Fellow), which won first prize in Athens in 317 BCE, and Dis Expaton (Twice a Swindler), the original of Plautus’s Two Bacchises.

Volume II contains the surviving portions of ten Menander plays. Among these are the recently published fragments of Misoumenos (The Man She Hated), which sympathetically presents the flawed relationship of a soldier and a captive girl; and the surviving half of Perikeiromene (The Girl with Her Hair Cut Short), a comedy of mistaken identity and lovers’ quarrel.

Volume III begins with Samia (The Woman from Samos), which has come down to us nearly complete. Here too are the very substantial extant portions of Sikyonioi (The Sicyonians) and Phasma (The Apparition) as well as Synaristosai (Women Lunching Together), on which Plautus’s Cistellaria was based.