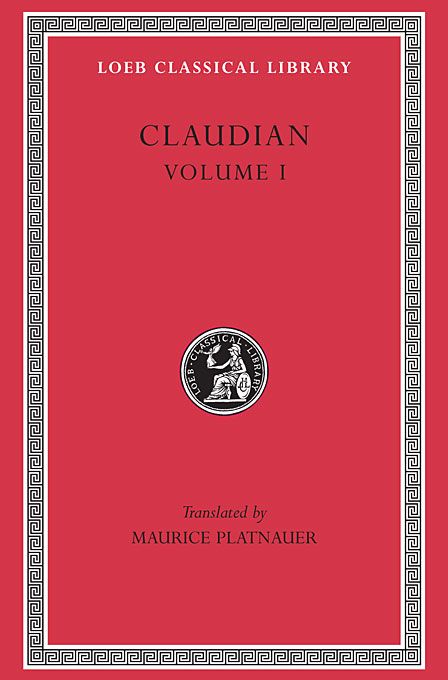 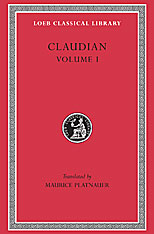 Panegyric on Probinus and Olybrius. Against Rufinus 1 and 2. War against Gildo. Against Eutropius 1 and 2. Fescennine Verses on the Marriage of Honorius. Epithalamium of Honorius and Maria. Panegyrics on the Third and Fourth Consulships of Honorius. Pane

Claudius Claudianus, Latin poet of great affairs, flourished during the joint reigns (394–5 CE onwards) of the brothers Honorius (Emperor in the West) and Arcadius (in the East). Apparently a native of Greek Alexandria in Egypt, he was, to judge by his name, of Roman descent, though his first writings were in Greek, and his pure Latin may have been learned by him as a foreign language. About 395 CE he moved to Italy (Milan and Rome) and though really a pagan, became a professional court-poet composing for Christian rulers works which give us important knowledge of Honorius’s time.

A panegyric on the brothers Probinus and Olybrius (consuls together in 395) was followed during ten years by other poems (mostly epics in hexameters): in praise of consulships of Honorius (395, 398, 404 CE); against the Byzantine ministers Rufinus (396) and Eutropius (399); in praise of the consulship (400) of Stilicho (Honorius’s guardian, general, and minister); in praise of Stilicho’s wife Serena; mixed metres on the marriage of Honorius to their daughter Maria; on the war with the rebel Gildo in Africa (398); on the Getic or Gothic war (402); on Stilicho’s success against the Goth Alaric (403); on the consulship of Manlius Theodorus (399); and on the wedding of Palladius and Celerina. Less important are non-official poems such as the three books of a mythological epic on the Rape of Proserpina, unfinished as was also a Battle of Giants (in Greek). Noteworthy are Phoenix, Senex Veronensis, elegiac prefaces, and the epistles, epigrams, and idylls.

Through the patronage of Stilicho or through Serena, Claudius in 404 married well in Africa and was granted a statue in Rome. Nothing is known of him after 404. In his poetry are true poetic as well as rhetorical skill, command of language, polished style, diversity, vigour, satire, dignity, bombast, artificiality, flattery, and other virtues and faults of the earlier “silver” age in Latin.

The Loeb Classical Library edition of Claudian is in two volumes.