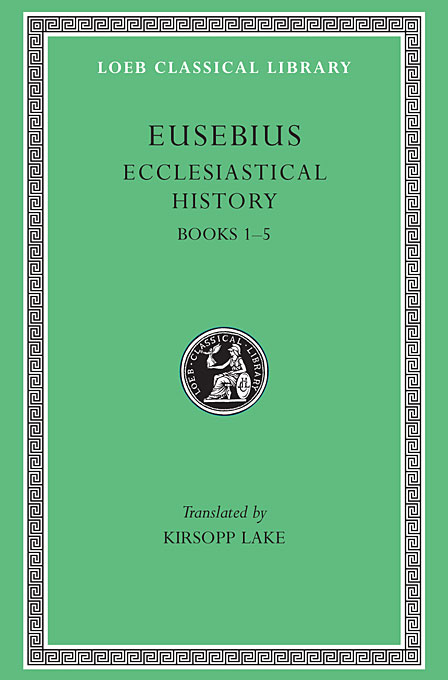 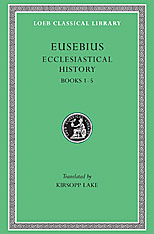 Eusebius of Caesarea, ca. 260–340 CE, born in Palestine, was a student of the presbyter Pamphilus whom he loyally supported during Diocletian’s persecution. He was himself imprisoned in Egypt, but became Bishop of Caesarea about 314. At the Council of Nicaea in 325 he sat by the emperor, led a party of moderates, and made the first draft of the famous creed.

Of Eusebius’s many learned publications we have Martyrs of Palestine and Life of Constantine; several apologetic and polemic works; parts of his commentaries on the Psalms and Isaiah; and the Chronographia, known chiefly in Armenian and Syriac versions of the original Greek. But Eusebius’s chief fame rests on the Ecclesiastical History, or History of the Christian Church, published in 324–325 in ten books—the most important ecclesiastical history of ancient times and a great treasury of knowledge about the early Church.