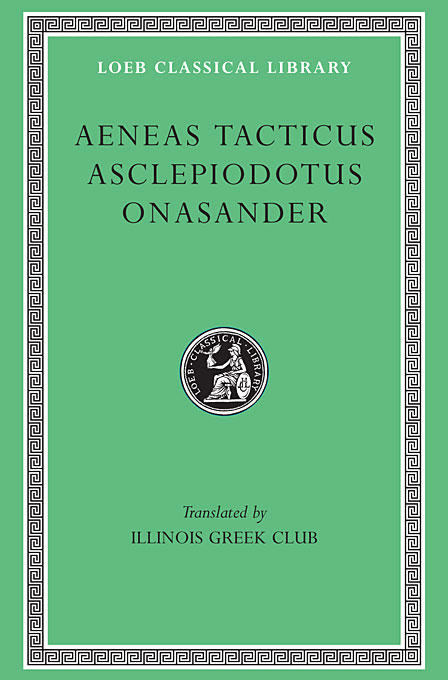 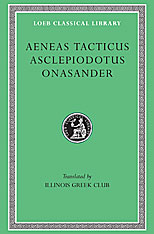 Aeneas was perhaps a general, and certainly author of several didactic military works of which the sole survivor is that on defence against siege. From it we can deduce that he was a Peloponnesian of the fourth century BCE who served in the Aegean and in Asia Minor and composed the work from direct knowledge and from oral and some literary tradition, possibly in 357–6 BCE. It is devoted entirely to defence of fortified places and deals specially with use of defending troops; defensive positions; morale; resistance to attacks and to actual assault; guards; obviation of treachery and revolution; and other subjects.

Asclepiodotus, philosopher and pupil of the Stoic Posidonius, wrote a rather dry but ordered work on tactics as if a subject of the lecture room, based not on personal experience but on earlier manuals. His main subjects were the branches of a military force; infantry; cavalry; chariots; elephants; arms; maneuvers; military evolutions; marching formation. The work ends with words of command.

Onasander (Onasandros), a Platonic philosopher, dedicated his work “The General” to the Roman Veranius, who was a consul in 49 CE. The work deals in plain style with the sort of morals and social and military qualities and attitudes expected of a virtuous and militarily successful general. It is also concerned with such matters as his choice of staff; attitude to war; religious duties; military formations; conduct in allied and hostile lands; difficult terrains; camps; drill; spies; guards; deserters; battle formations and maneuvers; and other matters, ending with conduct after victory.