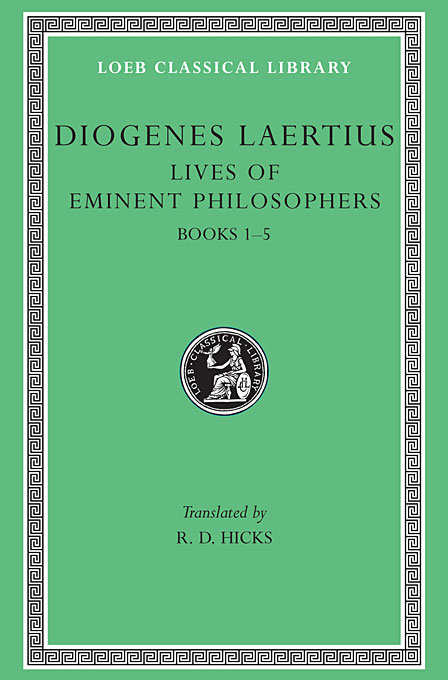 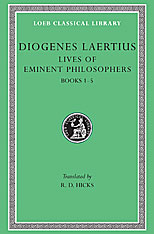 Lives of Eminent Philosophers, Volume I

This rich compendium on the lives and doctrines of philosophers ranges over three centuries, from Thales to Epicurus (to whom the whole tenth book is devoted); 45 important figures are portrayed. Diogenes Laertius carefully compiled his information from hundreds of sources and enriches his accounts with numerous quotations.

Diogenes Laertius lived probably in the earlier half of the third century CE, his ancestry and birthplace being unknown. His history, in ten books, is divided unscientifically into two “Successions” or sections: “Ionian” (from Anaximander to Theophrastus and Chrysippus, including the Socratic schools) and “Italian” (from Pythagoras to Epicurus, including the Eleatics and sceptics). It is a very valuable collection of quotations and facts.

The Loeb Classical Library edition of Diogenes Laertius is in two volumes.