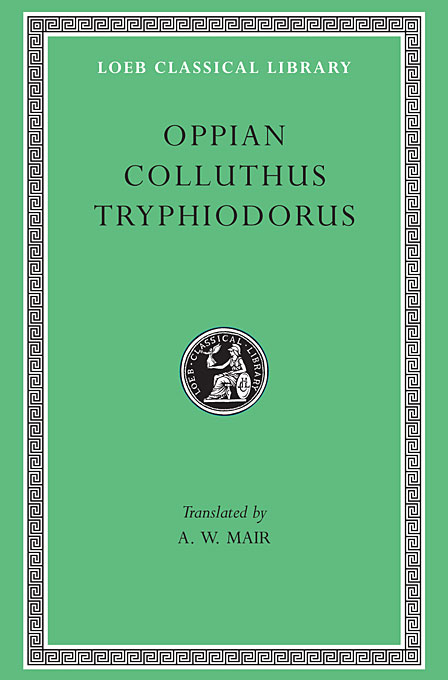 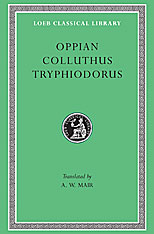 Translated by A. W. Mair

Oppian of Cilicia flourished in the latter half of the second century, and dedicated his Fishing (in five books) to “Antoninus,” presumably Marcus Aurelius. It deals with the habits and characteristics of fish as well as giving instructions for fishing: if not exactly poetical, it contains a great deal of curious information. The Chase, dedicated to Caracalla, is an inferior composition and may even be the work of a Syrian imitator. The first book gives an appreciation of the huntsman’s horses and hounds, the three remaining being devoted to the hunting of wild animals, from the lion to the hare. This edition is equipped with extensive zoological and ichthyological notes.

This volume also includes the extant work of two epic poets of Egypt who wrote in the second half of the fifth century under the influence of Nonnus. The Rape of Helen of Colluthus, in 394 lines, is a pleasant account of the Judgement of Paris and Helen’s elopement with him; and Tryphiodorus (papyri reveal the correct spelling to be “Triphiodorus”) deals with The Taking of Troy in 691 lines, beginning with the Wooden Horse and ending with the sacrifice of Polyxena.